As we expected at the start of the week there are now three fully blue trams on West Midlands Metro with 37 having now been revealed as the third of the Urbos3 trams to receive the full vinyl wrap. In the process of being rebranded 37 has lost its Ozzy Osborne name leaving just the two of the trams with names.

Whilst the main livery on 37 is identical to that already applied to 31 and then 17 there is a difference on 37 with the fleet numbers being larger making identification from a distance that bit easier!

It took a year between the first and second blue trams but it has now taken just over a week for a third to be wrapped and it won’t be too long before number four is around either as work is already underway with the tram – although not its identity – viewable in the depot building. It would definitely appear the rebranding for West Midlands Metro is really gathering pace.

Work also continues on the latest inductees to the battery fitted ranks with 20 having been spotted around the depot yard awaiting the completion of its installation (the last of coverings on the roof to follow) whilst 30 is in the workshop at an earlier stage of work. 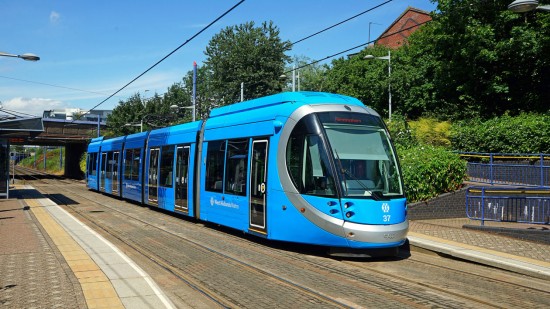 37’s first day of use with its new livery was 24th July when it was captured in this photo. 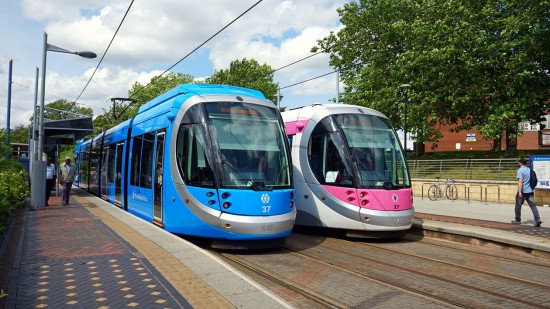 37 is seen alongside a tram without batteries and also in the old livery at West Bromwich Central in the shape of 27. 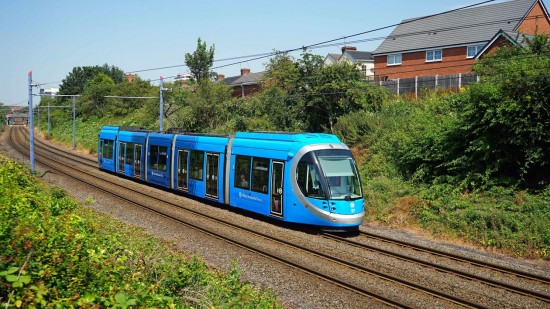 On 25th July and 37 was in service again. This view shows the new livery to good effect as the tram heads towards Birmingham. (Photographs x3 by Andy Walters) 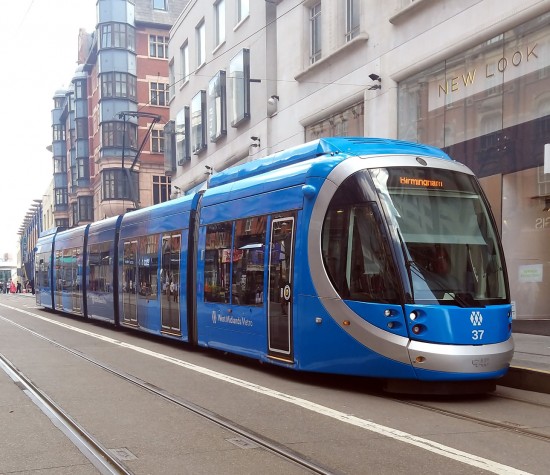 The shiny looking 37 at Corporation Street with an inbound service. (Photograph by Mark Cufflin) 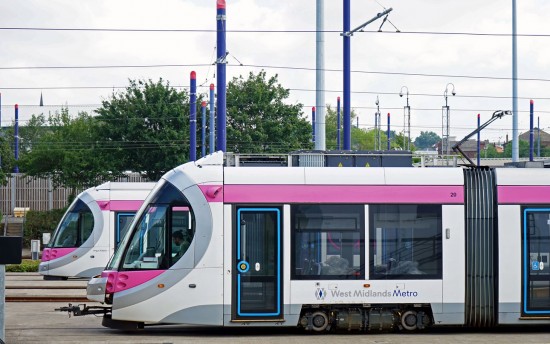 In the depot yard and 20 is seen outside the shed. As can be seen here both the bogie covers and final battery compartment covers remain to be installed. 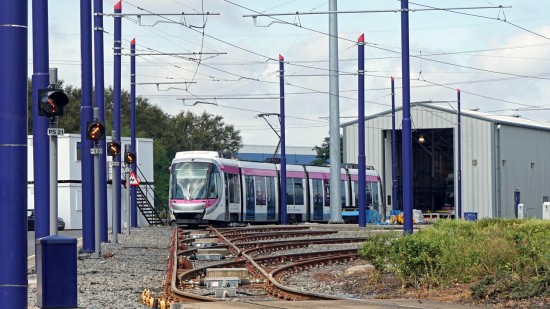 A long-shot of 20 in the yard with 30 also just visible behind in the main shed. (Photographs x2 by Andy Walters)

2 Responses to In Pictures: 37 goes blue on West Midlands Metro