When we usually think about transport preservation we usually think about the actual vehicles – that is after all what normally attracts us to this hobby – but there are also many other artefacts that are saved for posterity which are as vital as any vehicle in telling the history of transport in this country. One such item is an old waiting room which can now be found at the Keighley Bus Museum in Yorkshire.

Known as the Ingrow Shelter this structure was in use as a Waiting Room at Ingrow Bridge in the town between 1897 and 1968. Used by trams, then trolleybuses and finally motorbuses after it stopped being used it was removed from its old position and was eventually moved to the Keighley Bus Museum where it can be found today on display. 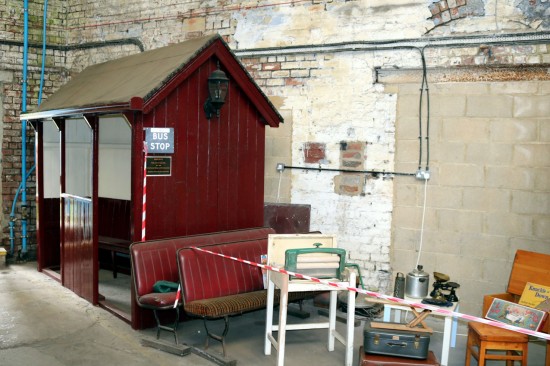 The waiting room in the corner of Keighley Bus Museum, (Photograph by Trevor Hall)