In Pictures: A Tramtastic day at Heaton Park

On Sunday 7th July the Heaton Park Tramway has their big tram only event for the year with Tramtastic 2019 taking place, with all trams on site playing some part in the day’s goings on. The day saw the return to service at Heaton Park of Manchester 765 after its eventful trip from Beamish a few days earlier whilst one of the other highlights was a five tram parade including the three service cars plus Blackpool 619 and Stockport 5, both of which are currently undergoing workshop attention.

The day saw the three usual trams in service with regular performers so far in 2019 Blackpool 623 and Hull 96 rejoined by long-time stablemate Manchester 765. This was the first time that the Manchester car had operated at Heaton Park since it got back from Beamish in what is best described as a longer than expected journey a few days earlier. 765 had been speedily recommissioned for service showing no ill signs following its drama.

The day also have a rare chance to take a look at the other trams in the collection out in the open. This included both Stockport 5 and Blackpool 619 which continue to enjoy workshop attention before their eventual returns to service. 619 has seen some attention to the paintwork recently and remains sans seats as its overhaul continues whilst 5 is also making good progress on its overhaul. Hopefully it won’t be too much longer until we get to see these two trams travelling through the park once more.

It is events such as these which allow some of our smaller heritage tramways to really show off to the public as to what they have to offer and Heaton Park certainly has plenty to keep the tram enthusiast occupied! 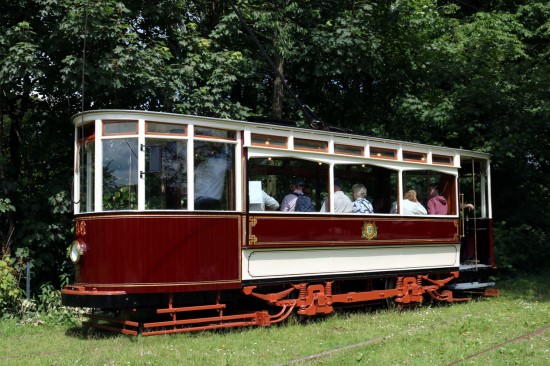 Hull 96 is seen here at Lakeside heading off with a service to Middleton Road. 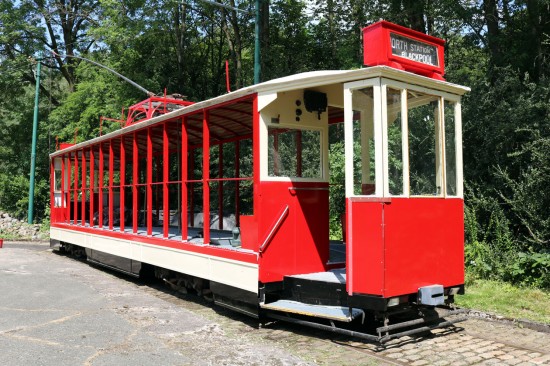 This is Blackpool 619 which is seen stabled in front of Middleton Road Depot. The fresh paintwork can be seen here along with the rather spartan environment! 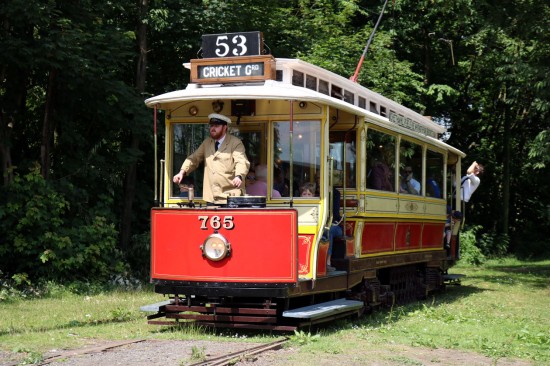 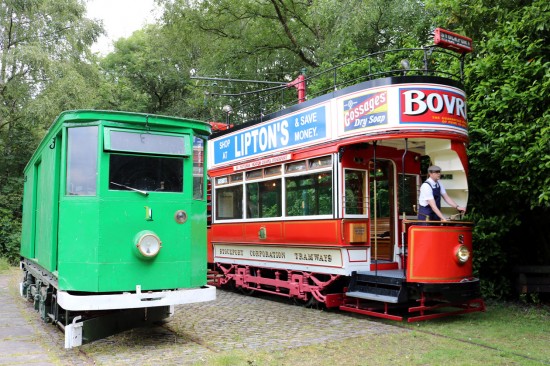 Stockport 5 heads past Blackpool 1 at the old Lakeside terminus. (All Photographs by Trevor Hall, 7th July 2019)

* There will be more photos from Tramtastic 2019 in a future update of British Trams Online.