Posted on Saturday 13 July 2019 by Gareth Prior

It will be the next tram extension to open in the UK and should be open within the next six months (opening still remains promised for late 2018). We are, of course, talking about the Birmingham Westside extension of West Midlands Metro which will see trams running from the current Grand Central terminus through Victoria Square to Centenary Square as phase one of this line (by 2021 trams will head to Hagley Road, Edgbaston). The line will also be the first UK tram line to be built without overhead wires allowing the CAF Urbos 3 trams to operate under battery power. This pictorial update shows the scene of the line in early July. 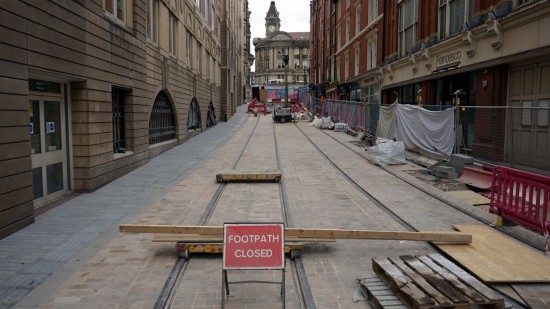 Looking up Pinfold Street from Stephenson Street to Victoria Square with track in place and the block paving continuing to be laid. 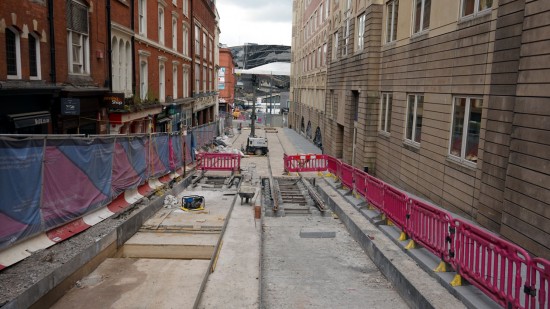 A small section of track remains to be put down on Pinfold Street as seen here looking down towards New Street Station with the tramway curving to the left between the two brick buildings seen here. 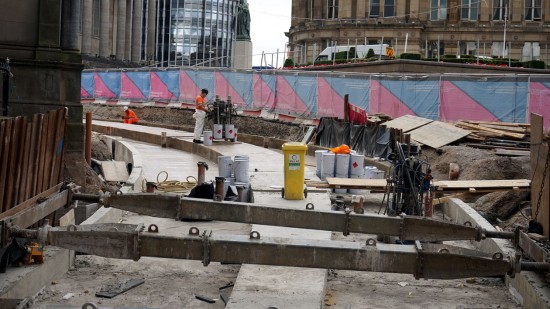 Into Victoria Square where spacers are across the area where the track base will be laid before the track itself and then top surface. 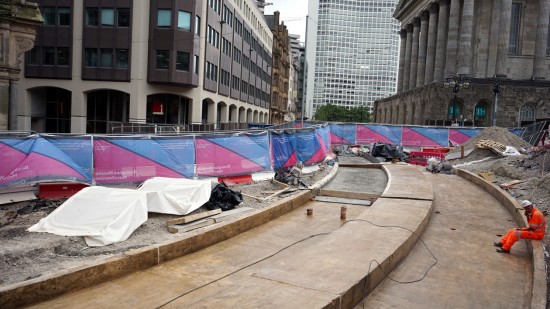 Waiting for more track base ahead of track laying. 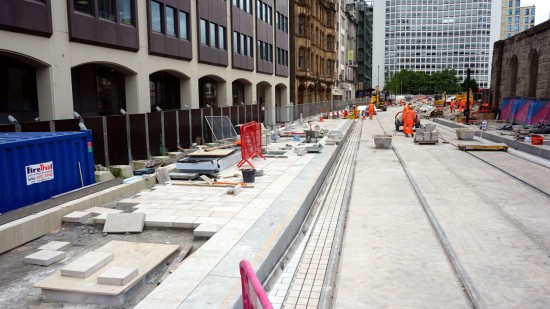 The one intermediate stop on the first phase of this extension will be in Victoria Square and the foundations of that are seen in this view with track also down. 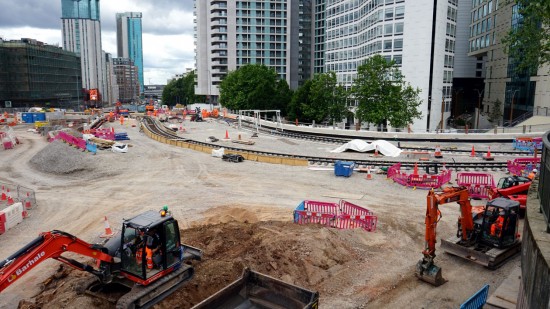 More track is down here in this busy scene. 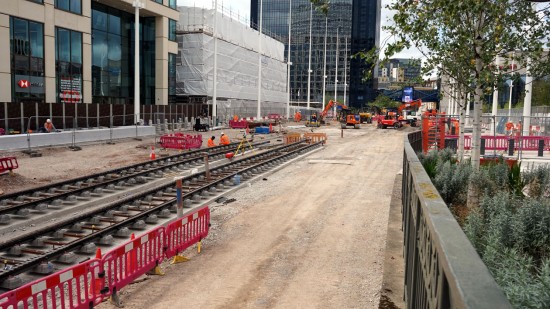 Centenary Square with more track down outside HSBC. 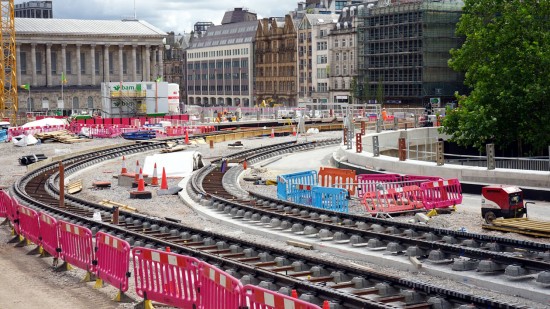 A close-up of the track in Centenary Square. (All Photographs by Andy Walters, 11th July 2019)