Picture in Time: Midland Metro – as it was!

Posted on Saturday 6 July 2019 by Gareth Prior

Our archive image from a modern tramway is very different to usual as not only is there not a tram in sight but trams are also a long way away from being considered for the route!

This photo was taken on 8th June 1964, some 35 years before trams would run in this location. It shows ex-LMS class 8F steam locomotive 48475 running towards Birmingham on the ex-GWR line from Wolverhampton. Of course the railway here is now abandoned and replaced by the West Midlands Metro which runs all the way to Wolverhampton St George’s including some street running. The railway line heading off on the left is the line to Stourbridge which remains an active railway today. The location of this image is The Hawthorns with the tram platforms behind the photographer. 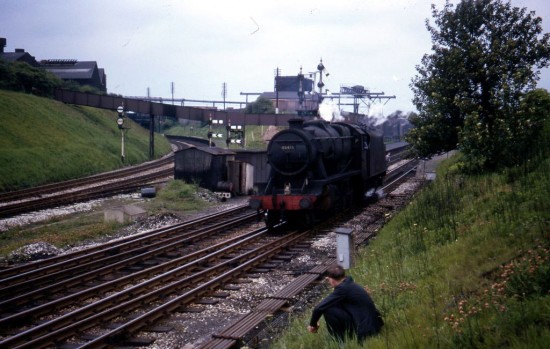 2 Responses to Picture in Time: Midland Metro – as it was!