Picture in Time 3: The Sunderland Feltham

Metropolitan Electric Tramways 331 is a tram which is no doubt very familiar to most readers of this website, as it is a regular performer on the tramway at Crich. However, when it was first restored at the museum, it initially ran in its latter day guise as Sunderland 100 for a short period of time – and this week, our occasional series of archive images shows the tram in this condition, fresh from the Crich workshop.

MET 331 had, of course, had a fairly short lifespan in London prior to being withdrawn; the need for all trams to be fitted with conduit ploughs spelled the end of its career in the city, as its lower centre entrance made it impossible for it to be converted in this way. Fortunately, it was sold for further service in Sunderland, which allowed it to survive into preservation. After many years spent languishing in the depots at Crich, its salvation came from the Gateshead Garden Festival, who provided funding for three local trams to be overhauled in readiness for operation on a short tramway at the event. This allowed 331 to be extensively restored, emerging in August 1989 as Sunderland 100 and proving to be instantly popular at the museum.

Sadly, commercial sponsorship led to the Garden Festival organisers insisting on a further repaint for 100, so the ornate dark red and white Sunderland livery was replaced by a blue and white all-over advert for British Steel after just a few weeks in service. Soon after the garden festival ended and the tram returned to Crich, it was repainted as MET 331, and has operated in this guise ever since. It is sometimes suggested that the car should be repainted in Sunderland livery at some point in the future, maybe sporting a pantograph as it ran in Sunderland? For now though, we take you back to the summer of 1989 to see just how magnificent the unique Feltham car looked in its Sunderland colours!

Our grateful thanks go to Andy Bailey for supplying these fantastic pictures which we hope you will enjoy. 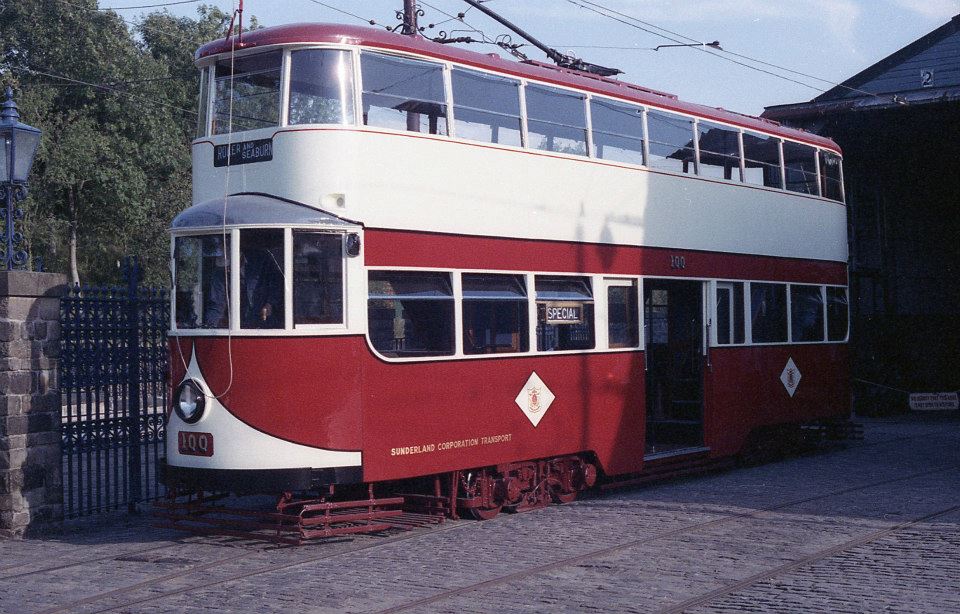 Sunderland 100 seen emerging from the workshop at Crich, on what appears to be a test run. Here, the tram had not yet received the familiar 'Shop At Binns' slogans, but otherwise looks complete with its fleet numbers and diamond crests. 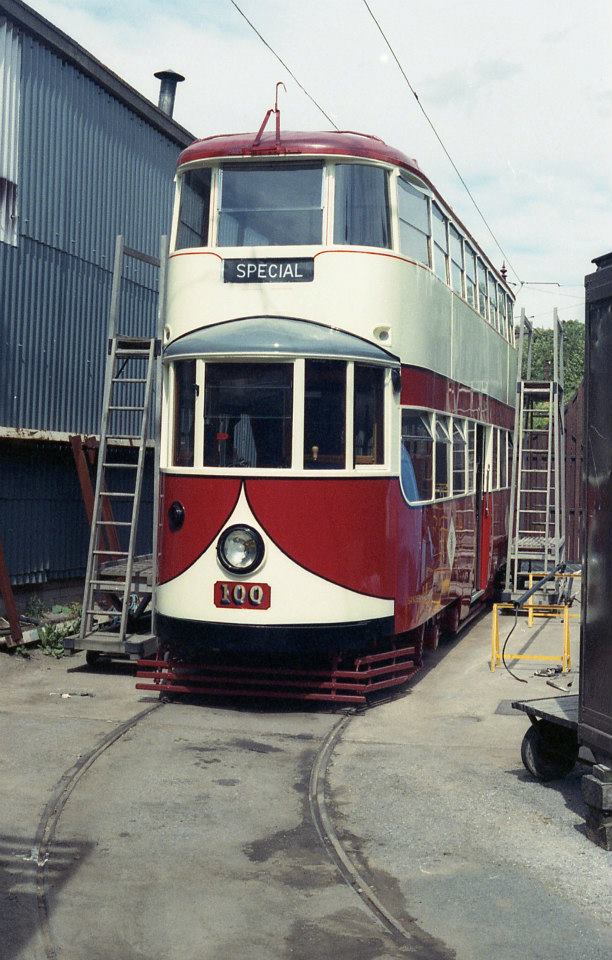 Sunderland 100 seen standing in the washbay. This area is now occupied by the workshop extension although trams continue to be cleaned here even today. 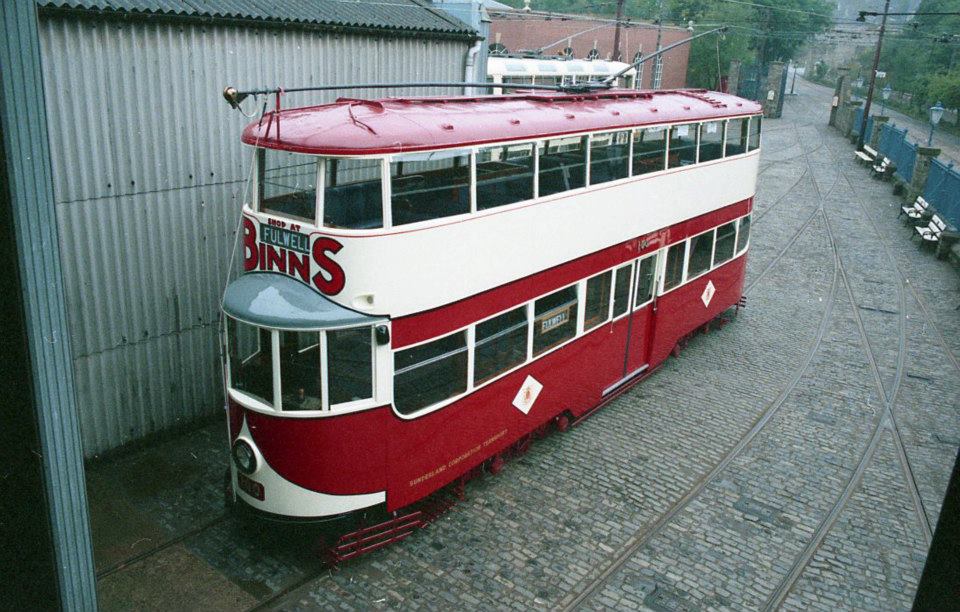 A final view of Sunderland 100, seen outside the workshop again - but this time with its Binns adverts applied.

5 Responses to Picture in Time 3: The Sunderland Feltham