In Pictures: London Tramlink in the snow

Posted on Saturday 19 January 2013 by Gareth Prior

On Friday 18th January a significant amount of snowfall fell in many parts of the UK including London which allowed for photographic opportunities of Tramlink in the snow. Although not as heavy as the snow seen in the past it afforded the opportunity to see the Variotrams operating in the snow for the very first time. Ian Buck paid a visit to Croydon on Saturday 19th January and provides us with these scenes as trams continued to operate with very few problems. 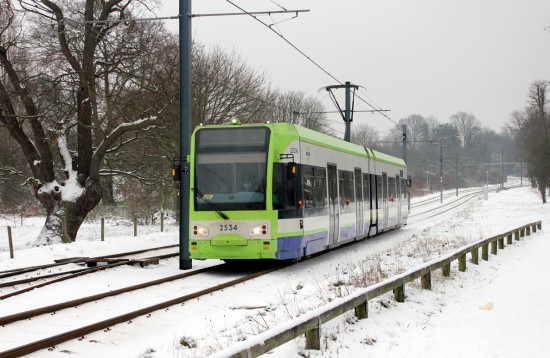 2534 at Lloyd Park heads through the snow. (Photo: Ian Buck) 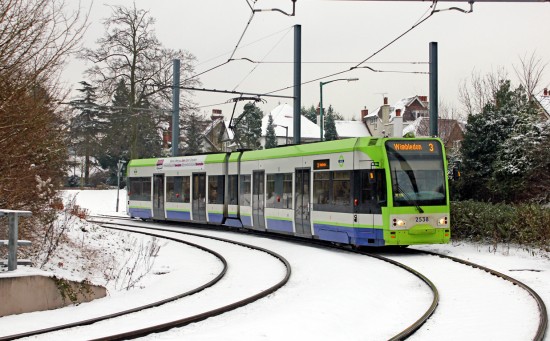 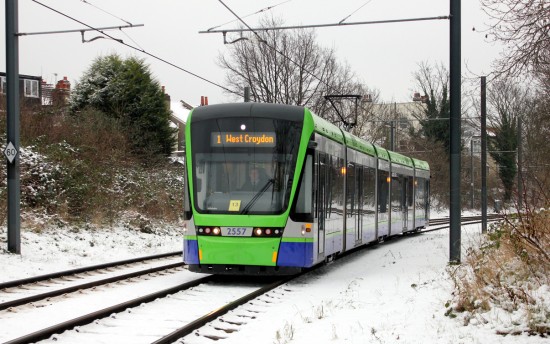 For the first time the Variotrams have had to operate in the snow in Croydon, which they seem to have done without any major issues. At Blackhorse Lane 2557 passing with a Croydon bound service. (Photo: Ian Buck) 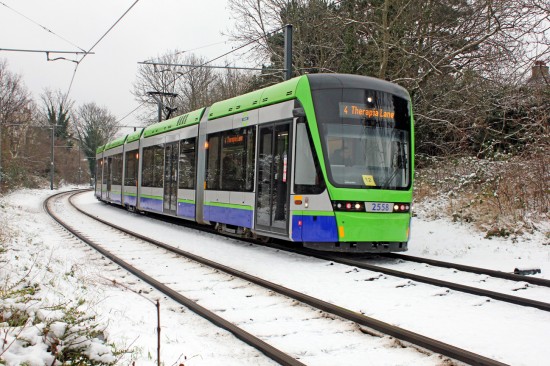