Welcome back to Birkenhead 20!

Posted on Thursday 23 May 2019 by Andrew Waddington

Following its loan period to Blackpool, Birkenhead 20 returned to its regular home tramway on the Wirral last November, but had to wait until Saturday 18th May before it finally re-entered passenger service. This was due to the tram having been separated from its truck for further attention over the winter period – but it is now available for service in its home town once again for the first time since July 2017.

Since its arrival back home 20 has spent much of its time suspended in mid-air at the Taylor Street depot and museum, after being lifted from its truck. Early test runs following its return highlighted some concerns about excessive noise, and it was decided to carry out some remedial work to try and rectify this. Presumably whilst in Blackpool, its two motors had been swapped around, so the car was lifted so that they could be removed and put back the right way round. Following re-commissioning, the tram was seen out on test in early May, and was approved for service in time to appear on 18th May. The tram was used alongside Liverpool 245 for an official visit by the Tramway and Light Railway Society, whose Annual General Meeting was held that day at the Taylor Street depot. Birkenhead 20 then entered normal public service later in the day.

It would be fair to say that 20‘s time in Blackpool was not exactly as successful as we had all hoped it would be, with the tram carrying passengers on just five days, although it certainly did bring some great pleasure to people when it did appear. For many of us, especially your writer, 20‘s return to service at Birkenhead is a welcome return to normality for this very special tram, and we can finally put the past to bed and look forward to a bright future for the car on its home system. 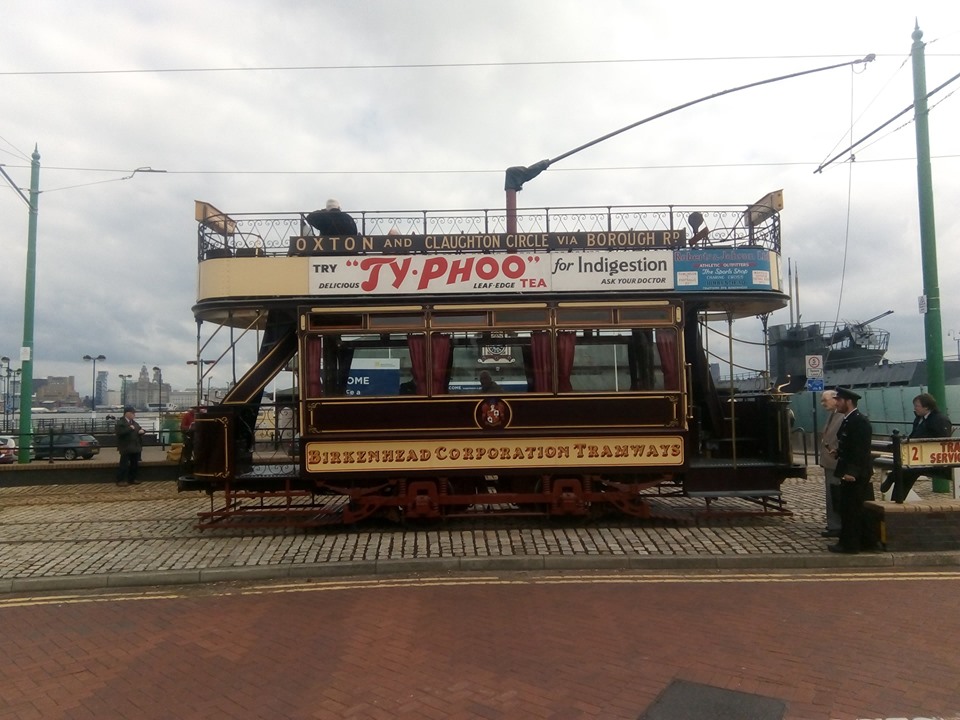 Birkenhead 20 is seen at Woodside terminus on 18th March, its first day back in service since its return from Blackpool. (Photo by John Hewitt)