And the winners are…

Posted on Sunday 13 January 2013 by Gareth Prior

From the off “Tram of the Year” became a two horse race with two popular Blackpool tramcars fighting it out – Brush 623 and Twin Car 272+T2. Up until Christmas the Twin set was narrowly leading the way but since then 623 picked up votes to end up with 31% of the total vote. You would have thought that because 272+T2 were in the news shortly after Christmas with their use on the FTS tour they would have gained more votes but the complete opposite actually occurred and the Brush received the votes. In taking the accolade 623 becomes the first tram to ever win the award twice having previously won back in 2007 and it also becomes the first Heaton Park Tramway based vehicle to win. The top three was not completely dominated by Blackpool though as Birkenhead 20 took third place, although this was quite a way back from the other two.

The “Event of the Year” category also ended up being a two horse race with the Opening of the Blackpool Tramway and the Glasgow 50 event at Crich being the front runners here. As soon as voting started Blackpool started to build a lead, a lead which it kept up until Tuesday of the final week. But a surge of votes in this final week saw Glasgow 50 storm ahead and in the end 43% of the vote led to this event taking a very well deserved victory. With only three events nominated in this category it doesn’t take a rocket scientist to realise that in third place was the Great North Steam Fair at Beamish.

The only one of our categories which lead to no contest at all was “Tramway of the Year” where the Blackpool Tramway romped to victory with 50% of the vote – and let’s be honest that was no surprise! Beamish was in a distant second with 28% of the vote and third place was Crich Tramway Village which received 15%.

Thanks to everyone who voted in the contest this year. We can now start to turn out attention to “Tram of the Year 2013” – which trams, tramways and events will be in contention this time next year?

“Tram of the Year”

* Full voting details can be found at http://www.britishtramsonline.co.uk/tramofyear.html 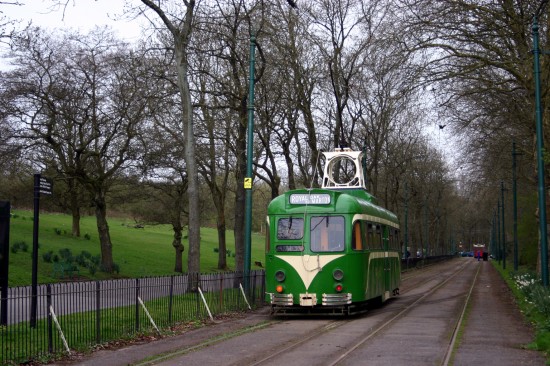