We have a couple of images taken shortly before tram services started on Manchester Metrolink this week with T68 1006 the tram in the frame.

These photos were taken on 23rd March 1992 just a couple of weeks before the first passenger services would commence. Included in these images are 1006 which had been in Manchester since 29th December 1991 and at this time was undergoing the final testing before services would start. The tram would end up entering service on the first day of services, 6th April 1992 before being withdrawn on 30th August 2012. It has since been scrapped.

In this first photo we see heading 1006 heading up Balloon Street having just departed from Victoria. This section would be a bit further away from enjoying passenger services. 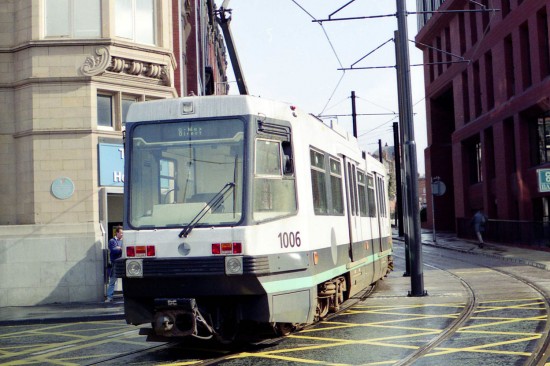 The second photo again shows 1006 as it heads through the city centre on another test run from the same day. 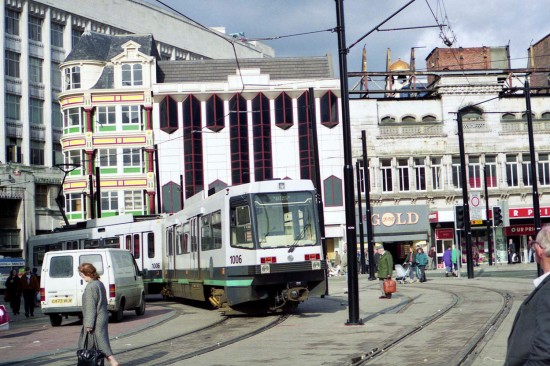