In Pictures: No service for the Volk’s Electric Railway on a Bank Holiday Monday

Posted on Wednesday 8 May 2019 by Gareth Prior

Bank Holidays, a day when the Great British public like to do something with family, maybe head off to the coast to see what’s on offer. For those heading to Brighton it may include a walk down the pier, a trip up the i360 or maybe even a ride on the historic Volk’s Electric Railway for its 1.2 mile length between Palace Pier and Black Rock. Well, not on May Day Bank Holiday Monday, 6th May, they couldn’t as track repairs meant there was no service operated at all.

Its not clear just what track repairs were required as there was no evidence on them being undertaken during the morning but the result was that there were no trains running with just the Visitor Centre being open to the public. There was no pre-publicity that the railway would be closed on this day with just a couple of paper signs at either end of the line informing any would be passengers they weren’t in luck if they did want a ride.

Needless to say your Editor was one of those who had gone down to Brighton for a ride and to take photos – but no joy! For some reason this would have been the first time I had been on the Volk’s Electric Railway (despite the fact Brighton is only about two hours from BTO HQ) but these things do happen and it is probably the first time I have ventured somewhere and not been able to even see a line in action! We try again at some point in the future and at least I got an ice cream before coming home! A few images from the day are included below – no trains included! 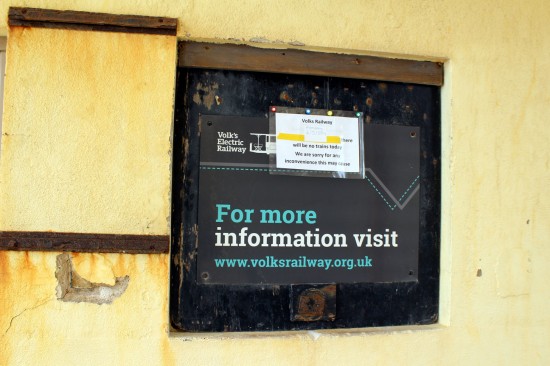 Deliberately arriving early before the service was scheduled to begin in order to take a look at possible photographic locations a quick stroll along the length of the line to Black Rock terminus. But oh hat’s that little note on the ticket office window… Oh no trains today – no reason given here but this was the first sign all was not well! 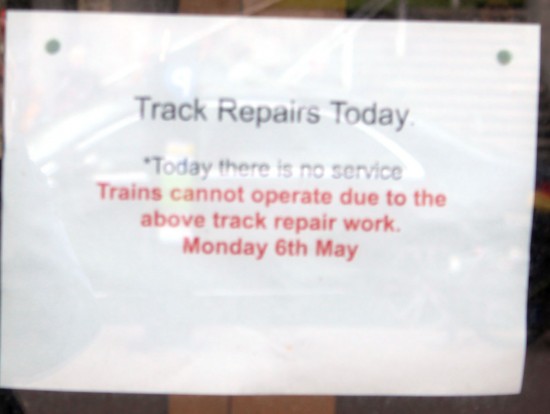 Confirmation at the other end of the line – Palace Pier where the Visitor Centre is located – that the service isn’t running because of track repairs. 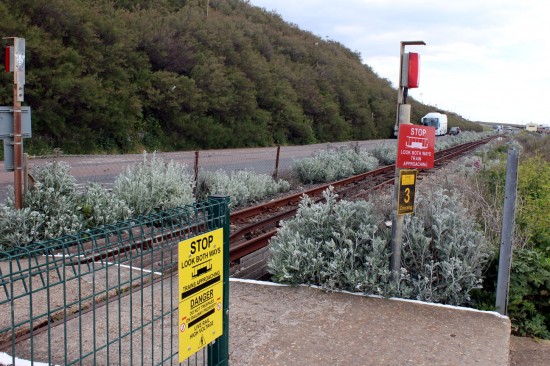 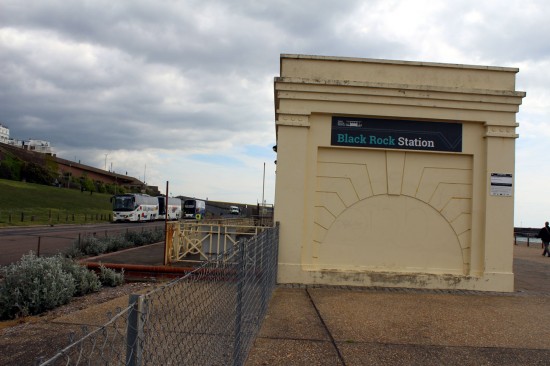 Black Rock Station and platform – no trains here either! 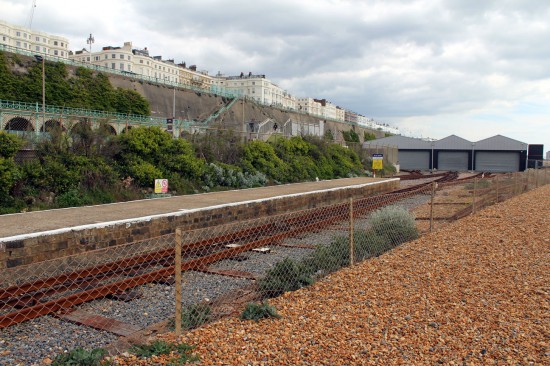 Workshop shutters down – with trains usually running through the workshop on the way between Halfway and Black Rock. 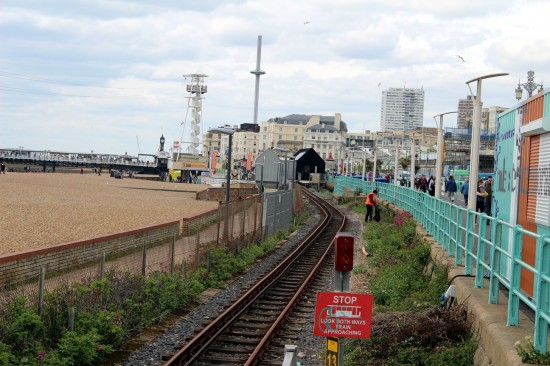 And no trains on the section to the station and visitor centre at Palace Pier. But there was a litter picker! (All Photographs by Gareth Prior, 6th May 2019)