As has become traditional every May Day Bank Holiday weekend the North Wales coastal town of Llandudno holds a Victorian Extravaganza which amongst other events includes a number of vintage vehicles on display with the centrepiece being a special parade on all three days of the event. Taking place at midday on each day amongst the vehicles involved in 2019 was once again the replica Llandudno & Colwyn Bay Electric Railway 7 with the faithful Matador lorry pulling the tram around the town. Kevin James captured the following images of 7 on the move. 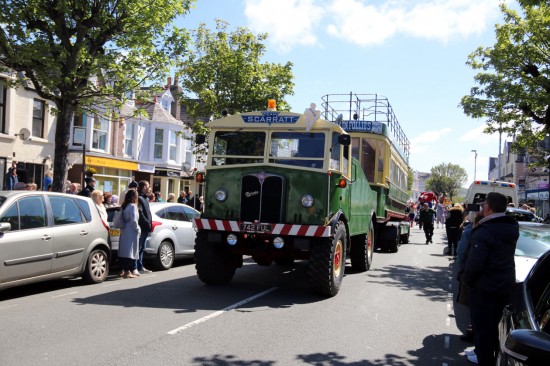 The Matador lorry is at the front as 7 moves slowly along as part of the Parade. 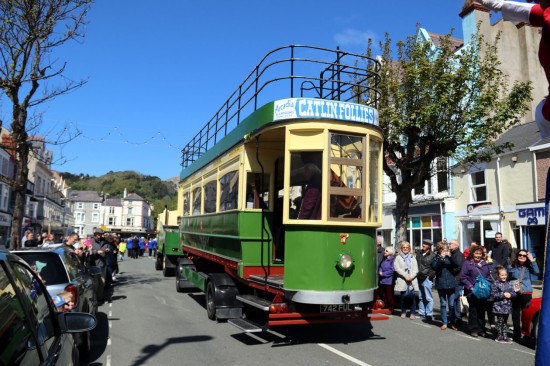 And here we see the tram itself on the trailer behind the lorry. (Both Photographs by Kevin James, 4th May 2019)