The bulk of the construction work – or that which can be done anyway – has now been completed along Talbot Road in Blackpool allowing the end of the road closest to Wilkinson’s to be reopened to two way traffic for first time in serval months. Line painting has been taking place and the road surface – albeit now with tram tracks installed – probably hasn’t looked this good for quite some time. It’s just a shame that it won’t be until 2020 at the earliest that trams actually get to use the extension. 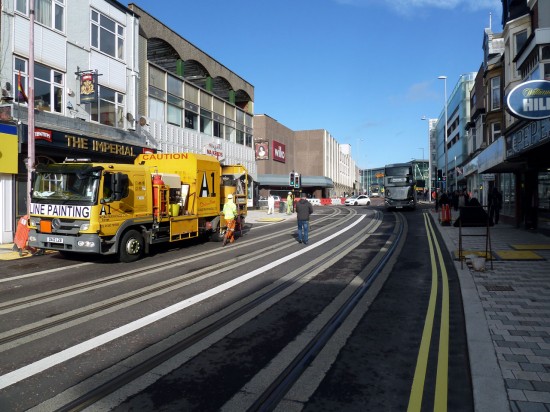 Bus approaching along the tram tracks! The top end of Talbot Road by Wilkinson’s. The tracks can be seen here curving towards the entrance of the store where they then stop waiting for the demolition of the building and construction of a new terminus. 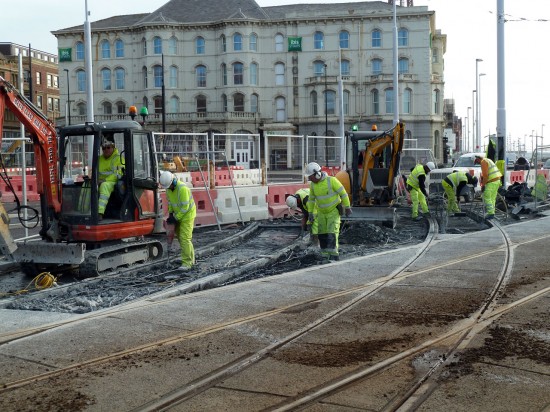 Meanwhile down at the other end of the line by the Promenade tramway and newly laid concrete is being removed already. Quite why this is being done is unclear. (Both Photographs by Peter Dockerty, 5th March 2019)

10 Responses to In Pictures: More road reopenings in Blackpool