On Monday 4th March, Blackpool & Fleetwood ‘Box’ car 40 left Blackpool, just two days after operating its farewell tour of its home system. The tram was destined for Beamish Museum – arriving there later the same day – where it will run for a few months before heading back to its other home, Crich Tramway Village, later in the year.

The morning saw the familiar sight of a low loader from Scotts Heavy Haulage parked on Blundell Street, ready to collect 40 for its road journey to the North East. Unusually, and thanks to its long trolley arm, 40 was able to be driven onto Blundell Street under its own power, its lifeguards having already been removed. Once its trolley was tied down, the car was loaded up with assistance from Crich workshop personnel, and set off shortly before midday, bringing its latest period of operation on the tramway for which it was built to an end.

By the evening, Box 40 had safely arrived at Beamish and once unloaded, it was towed to the tram depot by fellow Blackpool tram, Marton 31. This pair were last acquainted in 2016-17 when 31 spent some time in Blackpool, but although the pair have been together in Blackpool a few times over the years, this is the first time that 40 has ever joined 31 at Beamish. Once commissioned 40 is expected to be released for service at its temporary new home and, although it is being promoted as one of the attractions at the Great North Steam Fair next month, it may well be used before that as Manchester 765 has already debuted in service due to a shortage of serviceable trams at the museum.

Much has been said about 40‘s loan to Blackpool coming to an end, and this move has clearly upset many people. However, the tram is of course owned by the Tramway Museum Society, having been discarded by Blackpool back in 1963 when the inland routes and their associated depots were being closed en mass. Indeed, it is quite incredible that since then, 40 has spent vastly more time running in Blackpool than it has at Crich, having first returned for a visit between 1988 and 1991, and then returning for a longer stay in 1996. Apart from a brief visit to Crich in 2014, Box 40 had remained in Blackpool for nearly twenty-three years, and thanks must go to the TMS for allowing it to stay there for such a generous period of time. It is hoped that the car can enjoy a bright future wherever it is, and although a lot of dramatic comments referring to 40‘s ‘last ever’ runs in Blackpool, it has already left ‘for good’ twice before and embarked on many adventures over the years – so who knows what the future might bring!? 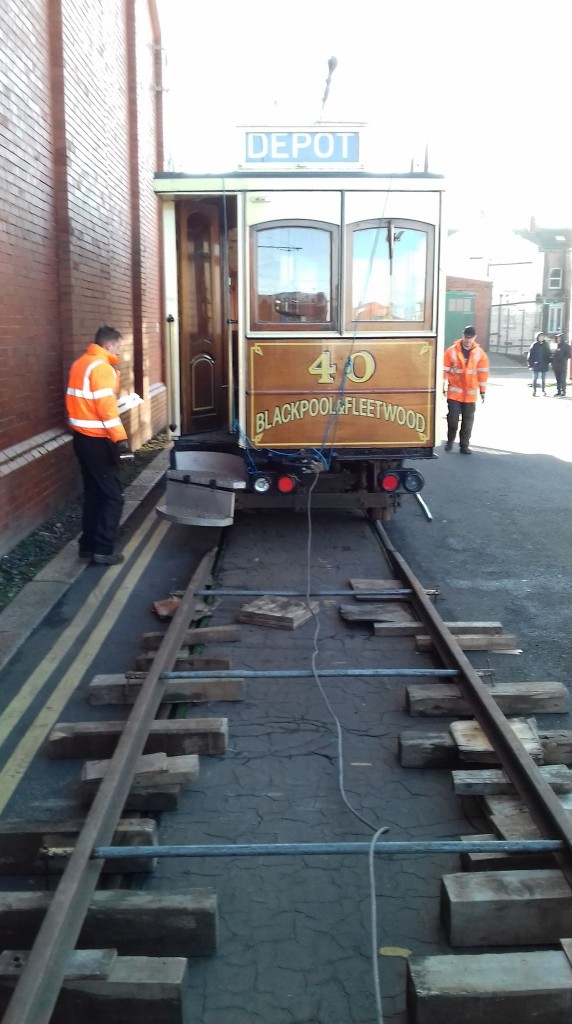 An historic scene with Box 40 being moved carefully up the loading ramp onto the Scott's low loader on Blundell Street which would take it away from Blackpool for the fourth time in its long life. (Photo by Andrew Bailey) 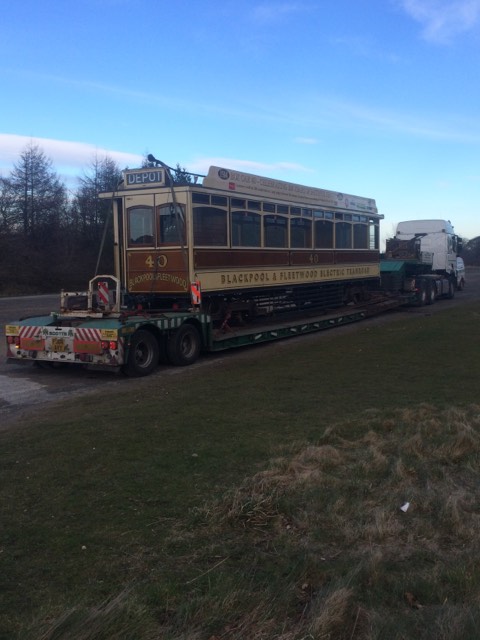 Equally significant was 40's arrival at Beamish late on 4th March; the tram is seen in the museum car park before being unloaded. (Photo by Ian Wren)

2 Responses to Box 40 moves to Beamish