Posted on Saturday 2 February 2019 by Gareth Prior

From last week’s image looking at the outside of South Gosforth Depot this week we head inside the building for an image taken during the 30th Anniversary Open Day.

On 8th August 2010 a rare opportunity was given to seeing inside South Gosforth Depot as part of the 30th anniversary celebrations. As is normal with depot open days this gave a unique insight into what goes on behind those closed doors and one of the highlights is pictured below. 4033 was lifted on jacks allowing a different viewpoint of one of the trains built back in the early 1980s. At this time 4033 was carrying an Orange and Yellow livery style. 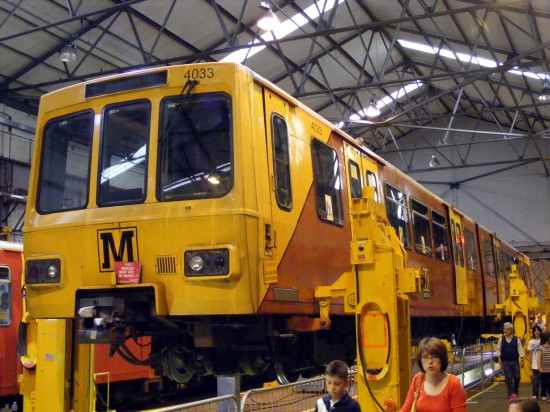