In Pictures: New advert for Edinburgh 262

No sooner had we reported on a new advert in Manchester then Edinburgh follows suit with 262 losing its vinyls for C R Smith allowing a new advert for Macdonald Hotels & Resorts and the Paul Tamburrini restaurant (on either side) to be applied. The new style was first spotted in Edinburgh on 16th January 2019.

262 is the first of the trams in the main C R Smith advertising campaign with the different locations included on one of the centre vinyls (in this case Dunblane and St Andrew’s) to lose its vinyls which may suggest that contract is starting to come to an end. For the record 262 received the C R Smith advert back in September 2017.

As briefly mentioned in the first paragraph 262 has a different advert on each side with one side for Macdonald Hotels and Resorts leisure breaks (a nationwide hotel chain based in Bathgate) and the other advertising the Paul Tamburrini restaurant at the Macdonald Holyrood Hotel. 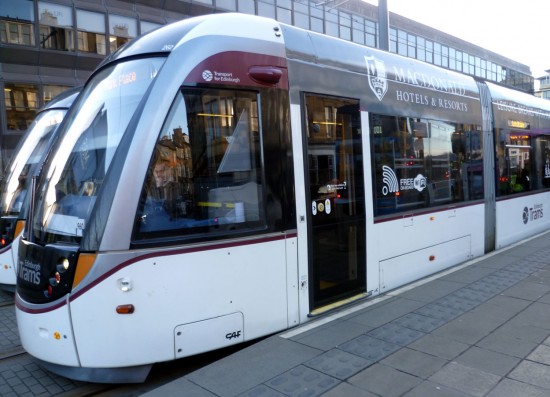 This side of the advert features Macdonald Hotels Leisure Breaks. We see 262 citybound at Haymarket. 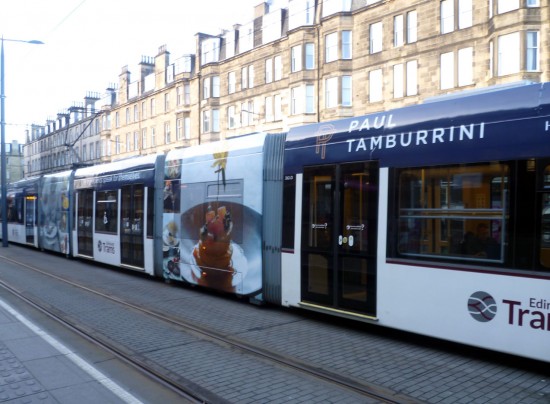 A view of the Paul Tamburrini side of the Macdonald Hotels tram 262. This restaurant is at the Macdonald Holyrood Hotel in Edinburgh , almost next to the Scottish Parliament. The tram is pictured at Haymarket and is citybound. 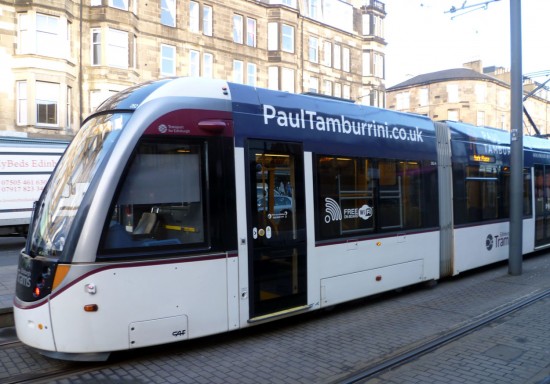 Another view of the Paul Tamburrini restaurant side of 262. Seen citybound at Haymarket. (All Photographs by Roy Calderwood, 16th January 2019)