Posted on Sunday 16 December 2018 by Gareth Prior

The only one of four of the Balloon Cars which were rebuilt at the end of the 1990s and early part of the 21st century with flat fronts to be currently operational is 718. Now carrying a Green and Cream livery this tram is still officially a B fleet Balloon but is solely used on heritage tram tours and is a very popular choice on illumination tours in the autumn months. 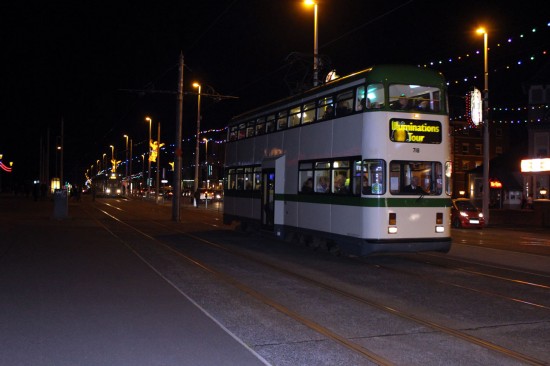 Speaking of illumination tours that is what we see 718 being used on in this view taken on 22nd September. The tram is just approaching the heritage stop at Cabin heading back south with its return tour. 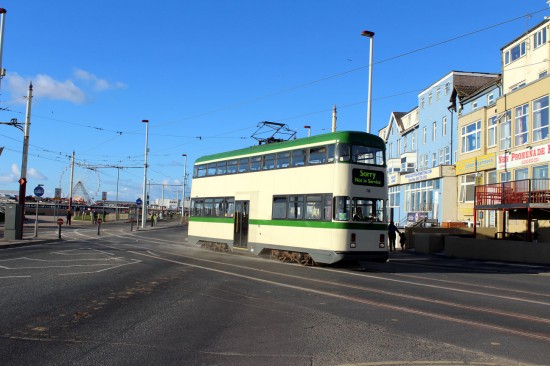 718 kicks up the sand which has blown onto the Prom as it heads back to depot at the end of the Spectacular on Sunday 23rd September. (Both Photographs by Gareth Prior)