One of three tramways currently seeing construction works underway for a new line (Manchester Metrolink and West Midlands Metro the others) and the one which may see public services first is that for the Blackpool North station extension and good progress continues to be made on those parts of the line which can be attended to at this time. Peter Dockerty with the photos.

The official word remains that all construction will be completed by February 2019 and that the project is on target which would mean that trams will be running up Talbot Road from Easter 2019. However, at that point it is almost certain that Wilkinson’s will not have been demolished to allow the new terminus to be constructed which would mean a temporary terminus constructed. This would be at Ma Kelly’s with a trailing crossover but some reports are now suggesting there will be no temporary stop. We will have to wait over the next few months to see just what does happen. 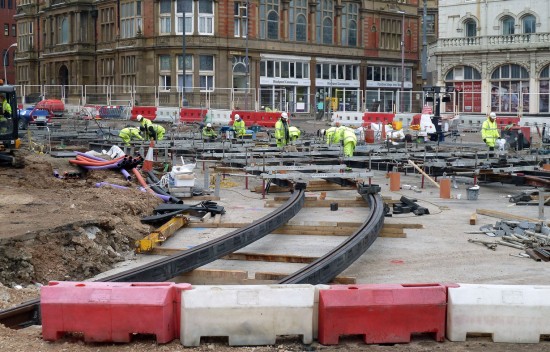 Excellent progress is being made at Talbot Square where the current Prom line will be connected to the extension. With trams due to be able to run both north and south from the new line a triangular junction will be in place and in this view we see the track leading to the north now installed. Obviously top surface will need to be added but this does show how much progress in now being made. This is the scene on 22nd November 2018. 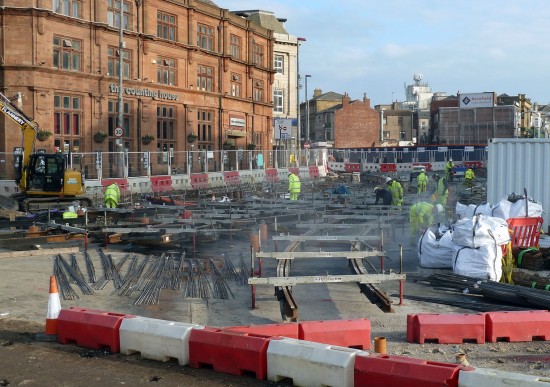 And on 24th November 2018 we see the line leading off Talbot Square south. (Both Photographs by Peter Dockerty)

* More photos from the construction work can be found on Flickr.