A Railcoach on the road!

The project to recreate an English Electric Railcoach for operation in Blackpool has been officially re-started, with tramcar 279 on the move again. The tram, which has been stored at Rigby Road for several years in a partially restored condition, was transported to Brinwell Road on Wednesday 15th August, where further work is to be carried out.

279 remains in the care of the Fylde Transport Trust, but will be placed on long-term loan to Blackpool on completion of its restoration to original streamlined shape. This work had actually started as long ago as 2009, and was in fact undertaken at Brinwell Road, so today’s move has returned the tram to familiar surroundings. When the project stalled the car had been returned home to Rigby Road – but with limited resources available it remained untouched. With the FTT now in a position to resume work, it was decided that it would be in the best interests of the vehicle for them to take over the project.

A significant amount of work has already been completed on 279 with pointed cab underframes in place and the modern glazing replaced with traditional half-drop windows, which should be appreciated on hot days in the future! However, there remains a large amount of work to be completed over the months ahead. No target date for completion has been announced as yet but the prospect of a traditional EE Railcoach running again for the first time since 1975 is certainly exciting stuff! 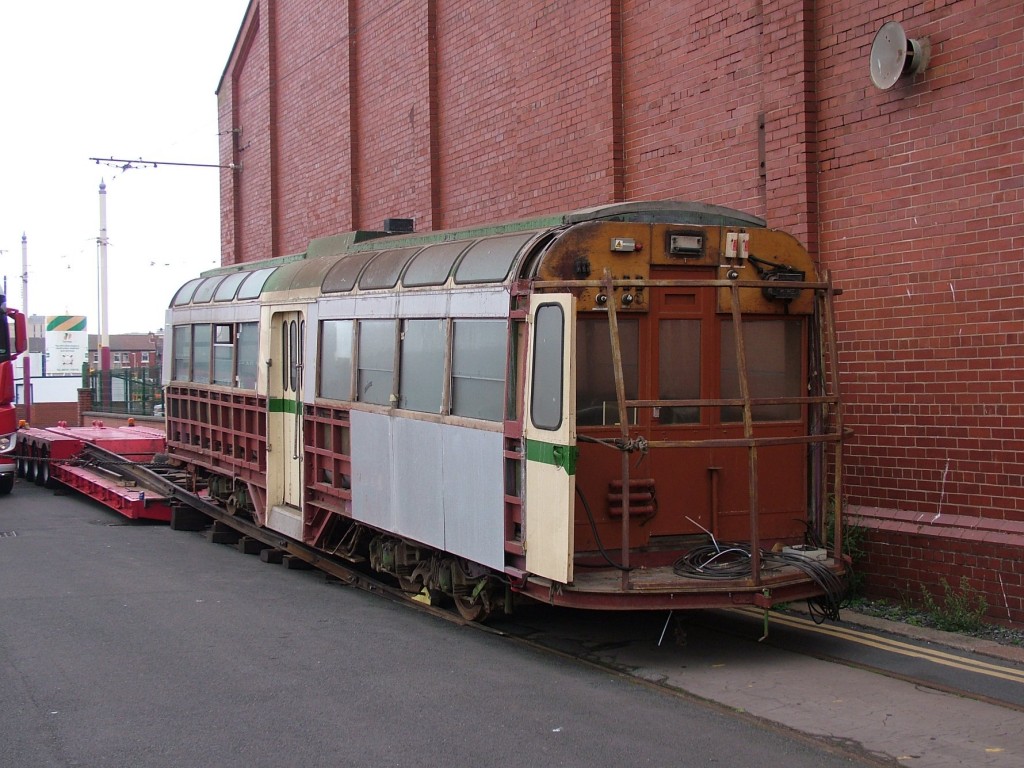 The incomplete 279 is seen in its current form as the car is winched onto a low loader on Blundell Street, ahead of its short road journey. (Photo courtesy of Blackpool Heritage Tram Tours)

3 Responses to A Railcoach on the road!