Posted on Sunday 12 August 2018 by Gareth Prior

Work to extend the West Midlands Metro at both ends of the current line is currently continuing at a pace. At the Wolverhampton end of the line there is a hive of activity with plenty of tracklaying in progress on Piper’s Row as these photos from Martin Miller depict. 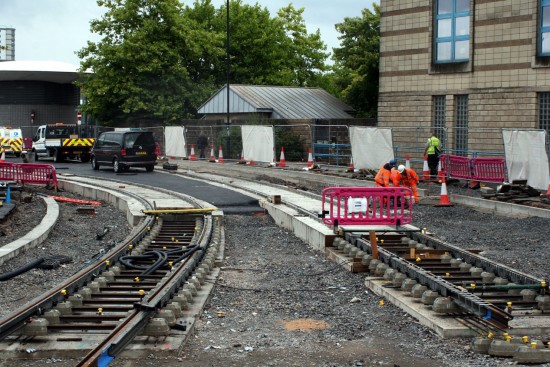 Track is seen being laid on Piper’s Row. 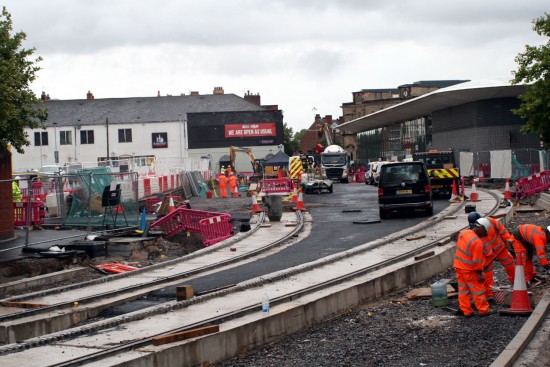 At Wolverhampton Bus Station the tracks split with a stop due to be constructed here – the only intermediate stop on the new line. 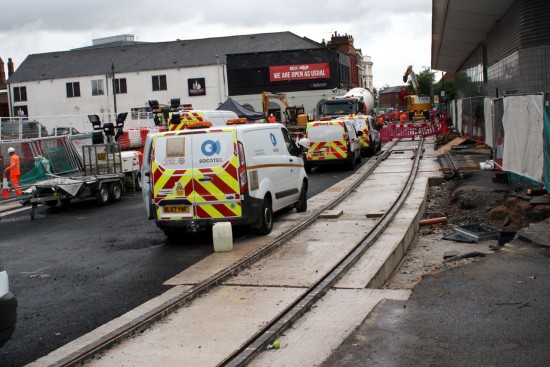 The track running alongside the bus station. 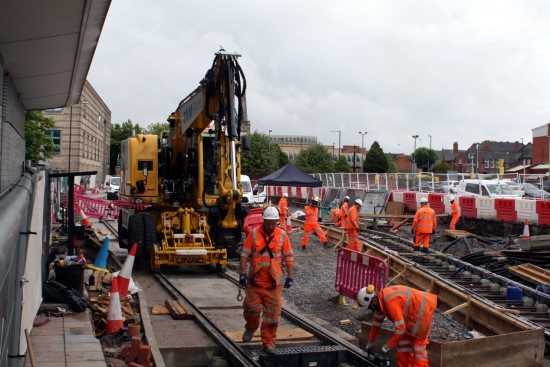 Although trams won’t be running on the extension until 2020 that doesn’t mean that no rail vehicles will run on the line. Outside the bus station this road rail vehicle is in use to help with the construction. (All Photographs by Martin Miller, 10th August 2018)

* A video of the construction works, also from Martin Miller, can be viewed on YouTube.