Posted on Saturday 4 August 2018 by Gareth Prior

We go back to July 1952 for today’s archive photo with a view of a tram in action during the Last Tram Week.

In this photo we see a tram running on route 36 which ran between Abbey Wood and Victoria Embankment via Blackfriars Bridge. Originally due to be part of “stage 9” of Operation Tramaway this was one the routes pulled forward to stage 8 as London Transport were determined to be rid of trams as soon as possible. Trams for route 36 were allocated from two depots: Abbey Wood and New Cross.

We are sure there will be someone out there who can give a good go at identifying the class of trams included in this image! 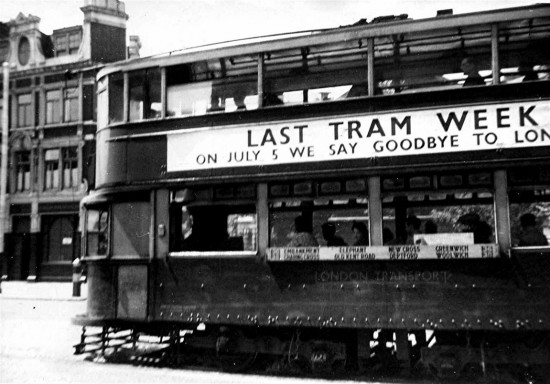