With all trams in Edinburgh having had external advertising applied it was only a matter of time before there was a change of advert and that is exactly what has happened on 271 which has now lost its adverts for Qatar Airways. The new advertiser for 271 is Tiso with the adverts being of a brighter colour than many others previously applied.

271 was first spotted in its new advert on Saturday 28th July – exactly six months after it had debuted in its advert for Qatar Airways. Qatar Airways had been the first external advertiser other than C R Smith when they initially advertised on the tram.

Tiso are “Scotland’s Adventure Specialists” and were founded in Edinburgh in the 1960s selling outdoor clothing, camping, walking and climbing equipment. As with all adverts in Edinburgh it is not a true full vinyl wrap with only the third and fifth sections having full height adverts with the remainder of the tram only having above window adverts. 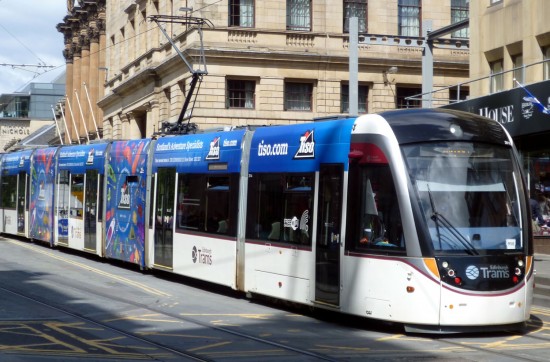 On South St Andrew Street 271 shows off its new advert. Note also that the tram has its fleet number above the driver’s window. 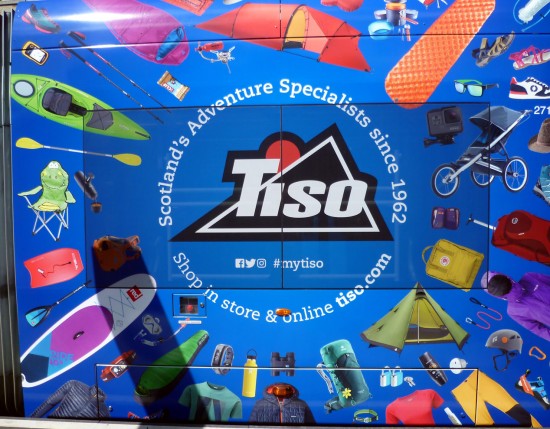 When modern adverts can be dull using uninspiring colours its good to see bright colours used on this advert. This shows one of the full height adverts. (Photographs x2 by Roy Calderwood) 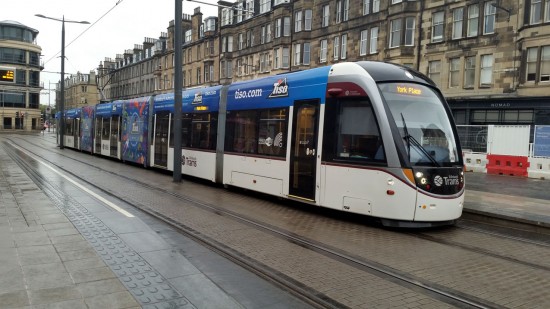 271 is seen here in the rain at Haymarket. 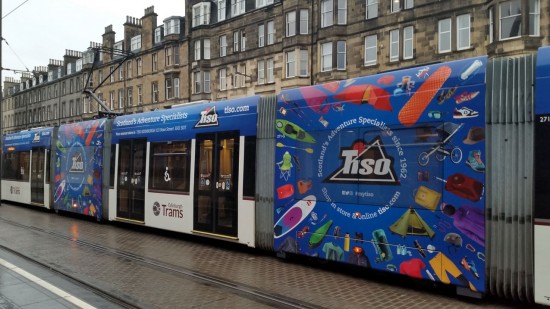