Since we reported on the laying of the first track on Piper’s Row as part of the Wolverhampton City Centre extension further progress has been made with more track now in place. As we have mentioned previously the work on Piper’s Row is due to be completed by the early autumn with further work also now underway as the line makes its way towards the railway station. Andy Walters with the photos. 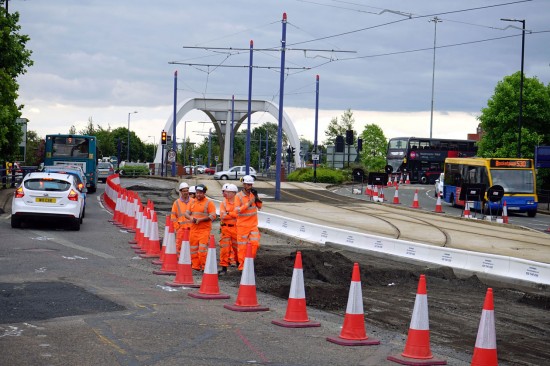 Hi Ho! It’s off to work we go! Workmen get ready to continue the work. They are seen here at the junction between the current and the new line. The points have been installed but no track here just yet. 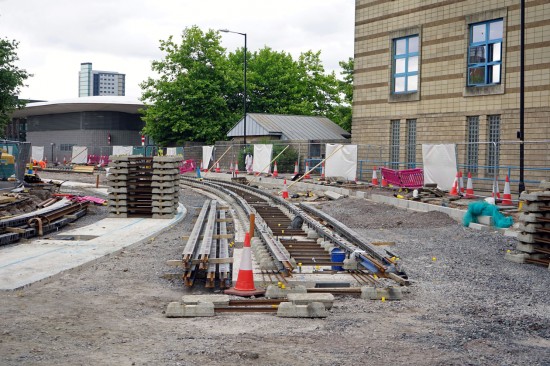 Track in situ on Piper’s Row. 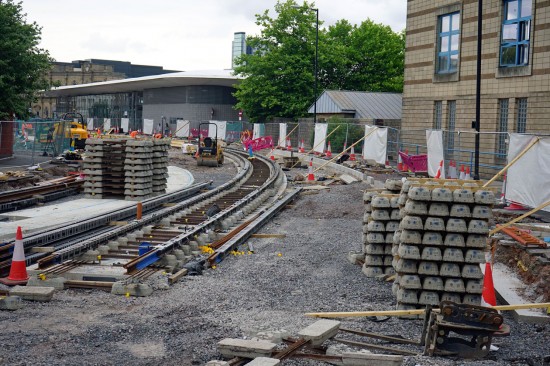 Sleepers are stacked to the right. 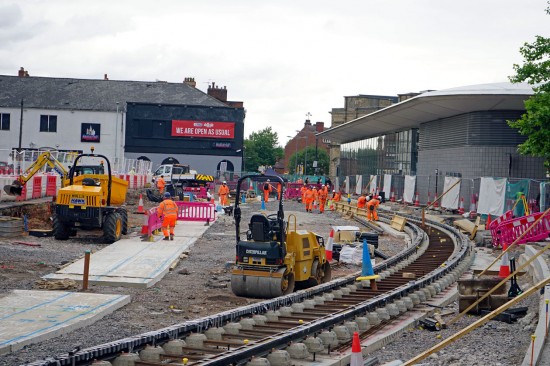 One side of track is almost in place as preparations are made on the other side of the track base. (All Photographs by Andy Walters, 17th July 2018)