In Pictures: More adverts on Metrolink

The magic number of 10 has been reached of vinyl wrap liveries on Manchester Metrolink following the application of an advert for Capital Radio on 3030. Meanwhile the fourth Vodafone advert has been confirmed as being carried on 3100.

With Capital Radio now advertising on a tram it means there are three different radio stations with current adverts. The others are 3103 for Hits Radio 103 and another recently applied advert for Heart FM on 3043.

It was known last week that the Vodafone deal would cover (literally!) four trams with 3017, 3047 and 3093 all noted at the start of the week in their new livery. The fourth tram is 3100 which carries an identical livery to the other three.

We mention it in each article on the adverts but the other vinyl wraps are on 3039 and 3085 both for Just Eat and 3069 for Slater Menswear. 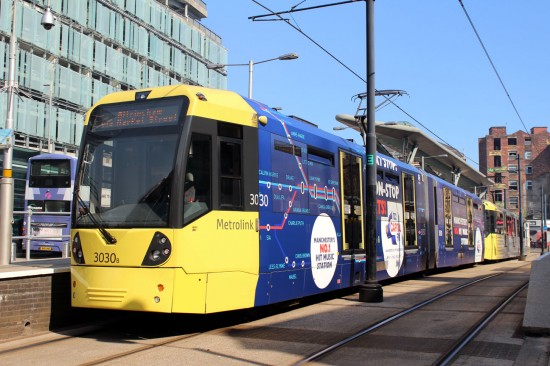 3030 is seen here at Shudehill on 27th June in its new advert for Capital Radio. 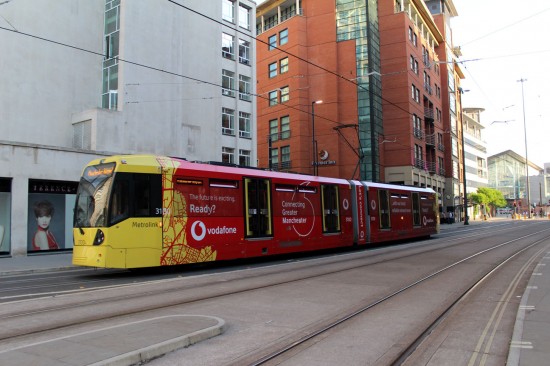 The Vodafone vinyls on 3100 as it heads away from St Peter’s Square with a service from Victoria to Manchester Airport on 26th June. (Both Photographs by Gareth Prior)