Posted on Friday 8 June 2018 by Gareth Prior

Of all the UK tram systems it seems that Midland Metro has a disproportionate number of major issues with its overhead with the latest incident occurring late on Thursday 7th June causing disruption to services from Friday 8th June. It seems that a tram at Jewellery Quarter caused the damage around 1900 on the evening on Thursday 7th June with the damage severe enough to cause a split service to run instead of a full length operation – this revised service has been confirmed as being in place until at least the end of service on Monday 11th June.

Exact details of what happened are sketchy but it is understood that at around 1900 an unidentified tram had just left with a northbound service from Jewellery Quarter when it managed to pull one end of the overhead insulating joints away from their connectors. Whilst the tram was attended to – and it was eventually returned to depot – trams were only able to run between Wolverhampton St George’s and Winson Green with prospective passengers guided towards local bus services to complete their journeys. As the evening progressed an extension to the service was possible and the day ended with trams running between Wolverhampton St George’s and St Chad’s but not into Birmingham City Centre and Grand Central.

The following morning – Friday 8th June – a split service was immediately put into operation to allow repairs of the overhead to be undertaken. The main problem with this was that there were no announcements at stops or extra staff positioned to assist would be passengers leading to major criticism on social media. It does seem that the Twitter feed was updated although for many people waiting at stops this wasn’t much help. For the main part of the day a normal service – using 9 trams at an eight-minute frequency – ran between Wolverhampton St George’s and Jewellery Quarter at which point passengers then had to change onto a shuttle tram service (eventually utilising 2 trams in the shape of 27 and 39) from Jewellery Quarter to Grand Central. Providing more information than you would expect from an official Twitter feed Midland Metro confirmed that trams on the Wolverhampton section were using the Winson Green crossover with those on the shuttle service using the crossover at St Paul’s. The frequency of this split service changed after 1900 with trams every 15 minutes.

It was initially stated that this revised service pattern would be in action throughout Friday 8th June with no mention made of the weekend as presumably it was hoped repairs would be completed. However, at the time of publication (Saturday 9th June at 1030) it has now been confirmed that there will remain disruption until the end of service on Monday 11th June. Passengers will continue to have to change trams at Jewellery Quarter to enable them to complete journeys with the shuttle service running Grand Central-Jewellery Quarter and then a normal service from Jewellery Quarter to Wolverhampton St George’s.

The exact service fequency planned is as follows:

Sunday 10th June – Every 15 minutes throughout the day

In a statement Midland Metro apologised for the inconvenience and said they were “working hard to return a full service as soon as is possible”. Its just unfortunate that not only does Midland Metro seem to have more than its fair share of issues with the overhead but that it also seems to take a long time to repair them when they do occur. 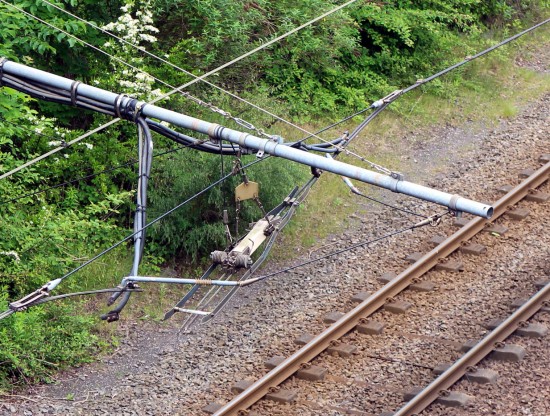 The offending section of overhead which caused all the problems. This close up shows where the overhead had come off its connectors. 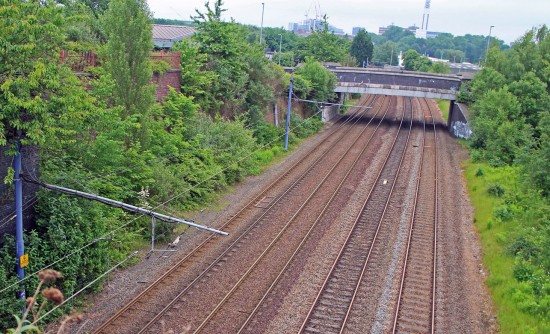 A wider view showing the position of the damage. 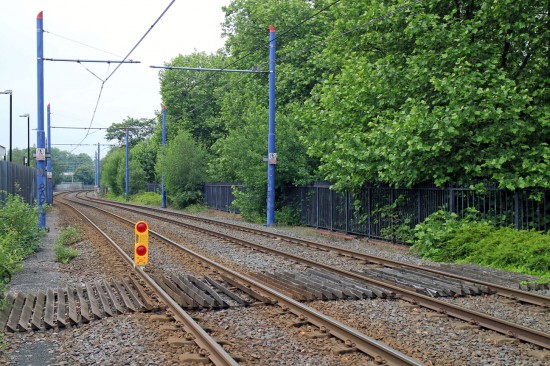 You shall not pass! 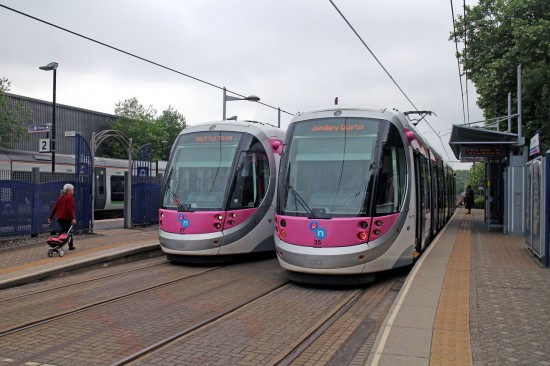 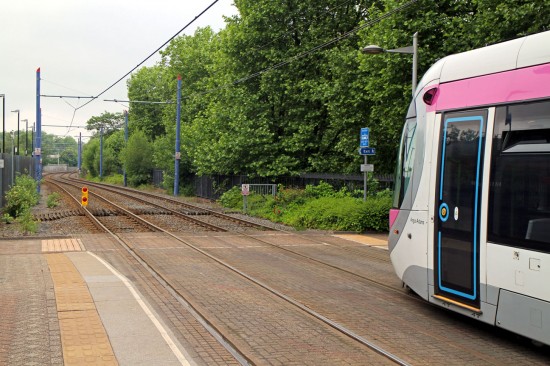 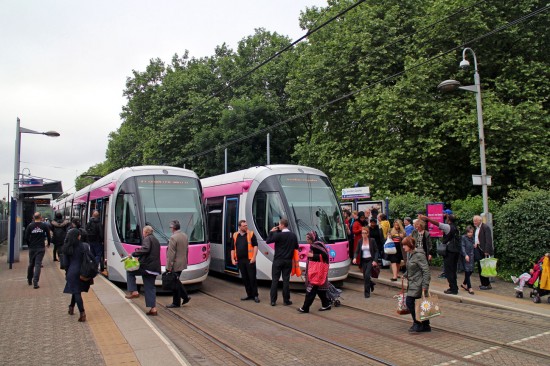 Passengers transfer between 27 and 29 to continue their journey into Birmingham. 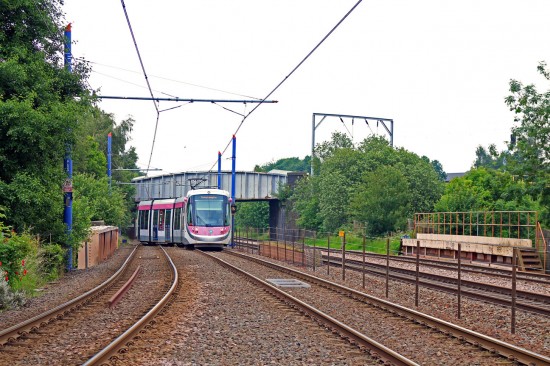 20 regains the correct line on the crossover between Winson Green and Soho Benson Road. (All Photographs by Andy Walters)