In Pictures: Works starts in earnest on Wolverhampton extension

As we’ve mentioned before the next phase of work to extend Midland Metro is now underway in Wolverhampton City Centre with roads now closed and bus services diverted to allow the work to take place. In this pictorial update we take a look at the first signs of progress in allowing trams to penetrate the city centre on their way to the railway station in 2020. Andy Walters with the photos. 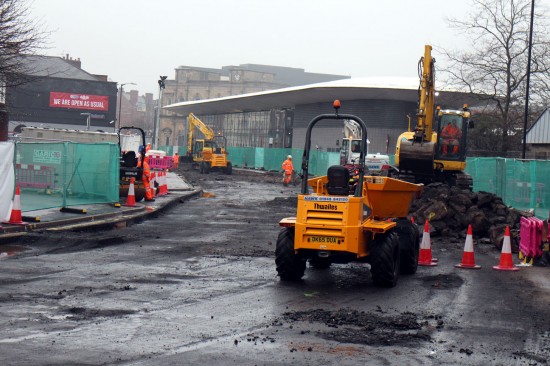 Piper’s Row is where the tramway will travel having left the current alignment into Wolverhampton St George’s and work is now well underway here. 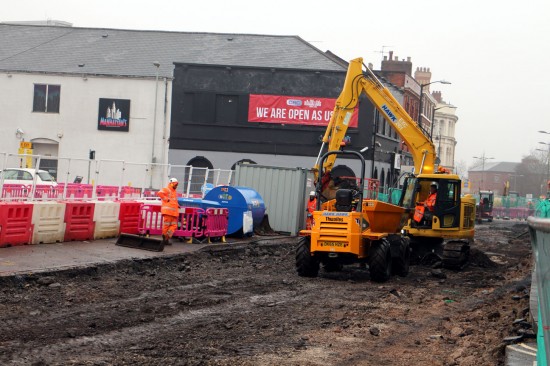 A close-up of the top surface of the road being removed. 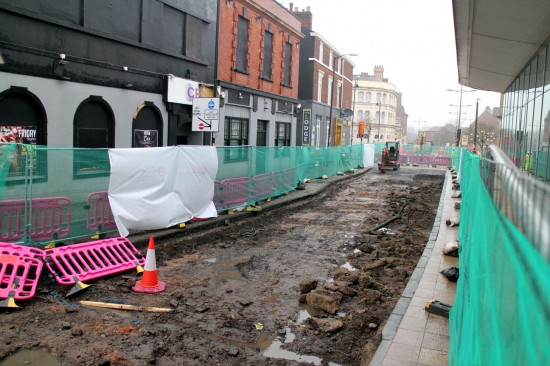 Wolverhampton Bus Station on the right. 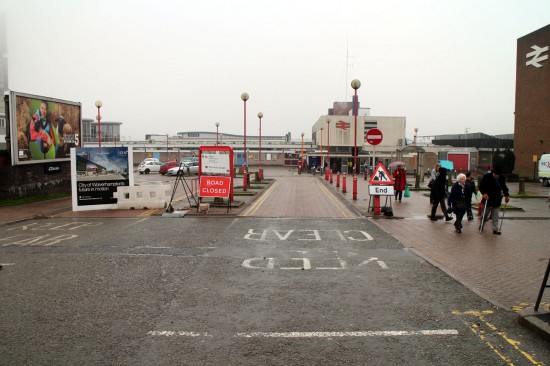 Wolverhampton Railway Station will itself enjoy redevelopment in the next few years ahead of trams arriving in 2020. 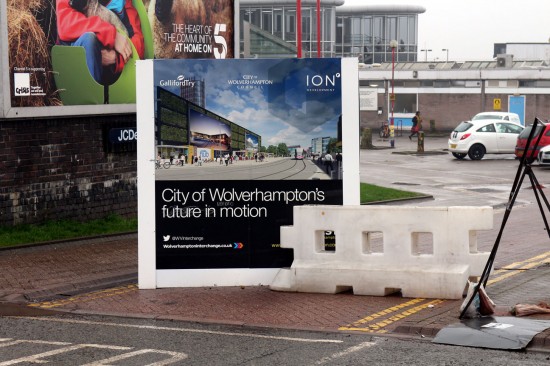 Publicity showing trams running to the station. (All Photographs by Andy Walters)