Around the World in Trams: Strasbourg 1033

Posted on Tuesday 27 March 2018 by Gareth Prior

We head into France as we continue to take a look at trams from around the world. This time the location is Strasbourg.

Although the first tramways opened in Strasbourg in 1878, as with much of France the original generation tramway closed in the 1960s but that was not the end of the story as in 1994 the new Strasbourg tramway opened with further lines following in 2000, 2007 and 2010. The initial fleet on the tramway was formed of 26 Eurotrams which were initially to be constructed as a joint venture between Socimi and ABB but in the end ABB went alone after Socimi went bankrupt. We are used to trams for the UK being built abroad but the Eurotrams were the opposite as they were built for France in the UK at ABB’s Derby works. 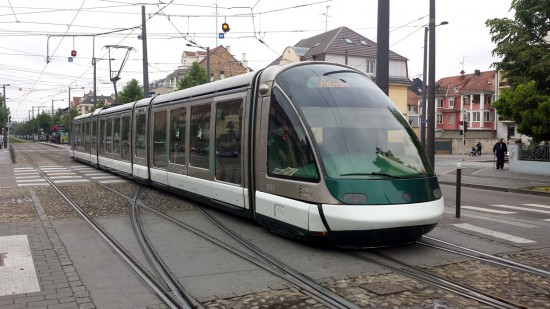 2 Responses to Around the World in Trams: Strasbourg 1033