Posted on Sunday 21 October 2012 by Gareth Prior

There has been more engineering works on London Tramlink over the weekend of 20th/21st
October which has seen trams only operating on line 3 between East Croydon and Wimbledon. Lines 1, 2 and 4 were not operating at all with a replacement bus service instead.

Over the weekend the junction at Sandilands was relaid whilst other jobs included work on the crossover on the Croydon side of Sandilands and the road was resurfaced at Chepstow Road. Unusually as a result of the truncated system operating the Variotrams were used on services through to Wimbledon, normally they are only to be found on line 4 between Therapia Lane and Elmers End. 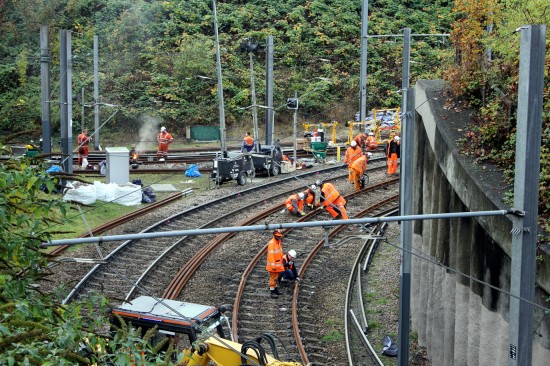 Our first view of the work at Sandilands junction. (Photo: Ian Buck) 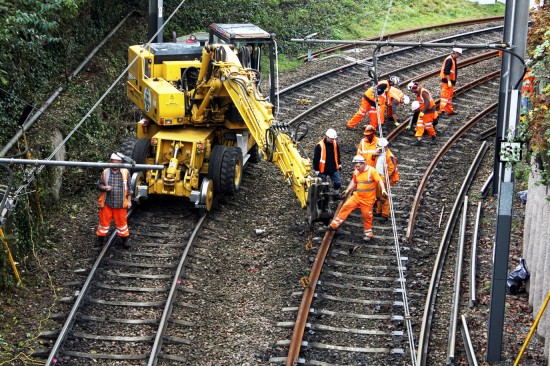 Another view of the track replacement work at Sandilands junction on 20th October. (Photo: Ian Buck) 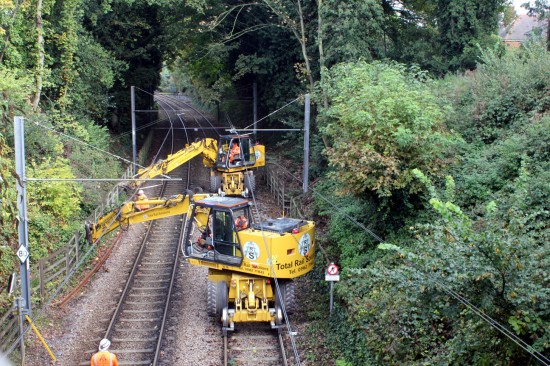