We head off to North Wales for this edition of our archive photo series with a view on the Great Orme Tramway of the two trams which have operated the lower section service ever since opening in 1902.

The photo was taken on 29th July 1996 and is taken from within no. 5 which is heading up to Halfway. It has just arrived at the lower section passing loop on Ty-Gwyn Road with its partner, no. 4, approaching as it makes its way down to the lower section terminus. This image was captured just two days short of the Great Orme Tramway’s birthday with it having welcomed its first fare paying passengers on 31st July 1902. 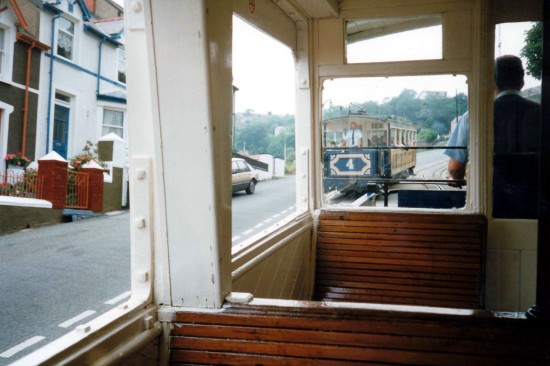