It was the loan which went on a lot longer than had been originally thought as Leeds 6 made the trip from the Heaton Park Tramway to Beamish.

Leeds 6 only resumed this identity in 2008 having spent the rest of its life in preservation as Hull 96 (an identity it is once again in today). Having seen extensive use as 6 at its home tramway of the Heaton Park Tramway following an overhaul it was announced that it would be heading over to Beamish in April 2010 for use at their Contractors and Corporations Event which was also seeing Cardiff 131 on loan from Crich with resident Blackpool Marton Box 31 painted green and resuming its works car identity of 4. With Oporto 196 heading in the opposite direction it was initially presumed that the two trams would swap places later in 2010 but whilst 196 went home, 6 remained in the north east. And it remained there for three years before finally heading back to Manchester on 4th April 2013. 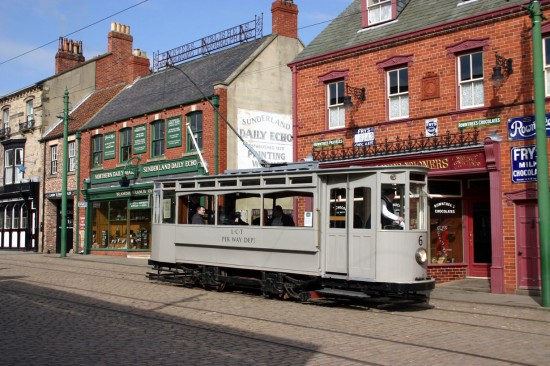 Leeds 6 runs along the town street at Beamish on 16th April 2010 at the start of its three year loan. 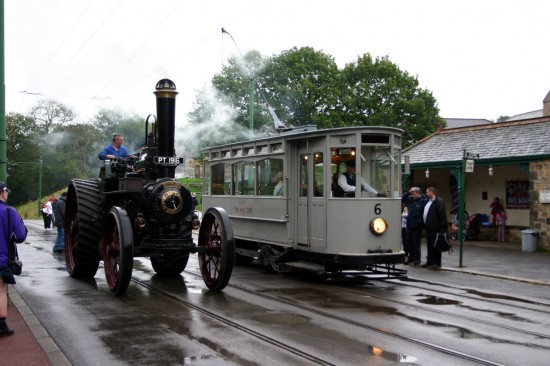 Into 2011 and 6 was still at Beamish. We see the tram here alongside a steam road engine at the museum entrance. 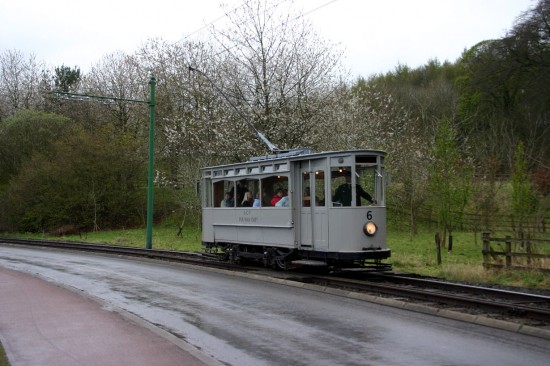 On 12th April 2012 and 6 was running around the museum tramway at Beamish. (All Photographs by Gareth Prior)