In preparing this series we have tried to include as many different tramways across the UK but when we came to look at London Tramlink we had to think what key events have actually taken place over the past 15 years. Having opened before British Trams Online started and not having seen any extension built it has been one of the most consistent tramways in this period but one significant event was the introduction into service of a new class of tram – the Stadler built Variobahn.

Although there may have been no extensions on Tramlink passenger numbers have increased over the years with the Wimbledon line in particular seeing a major increase, especially when compared to the heavy rail line it replaced. The original fleet of Bombardier CR4000s were unable to cope with these extra passengers and so Transport for London sought some extra trams, not an easy task when so few are needed. In the end they settled for Stadler to build six (initially) trams with the construction taking place in Germany from 2011. Part of the order was actually originally being built for Bergen, Norway but they were diverted to Croydon instead. The first of the new order – 2554 – arrived at Therapia Lane on 9th January 2012 and it was soon starting testing and commissioning ahead of a planned entry into service.

The day of the class entry into service was Friday 30th March 2012 – a surprisingly quick introduction for a brand new class of trams – and it was that first tram again which had the honour of carrying the first passengers. By this time only three of the first six had arrived but by 7th June 2012 the full initial fleet was in town and this enabled an enhanced service to be introduced on Tramlink including a new line 4 between Therapia Lane and Elmers End. But the Variobahn story doesn’t end there as the fleet is now 12 strong with a further six arriving between 4th May 2015 and 9th October 2016. With all 12 available a further enhancement in the service arrived with line 4 extended to run from Wimbledon to Elmers End which also included a new look Wimbledon terminus. 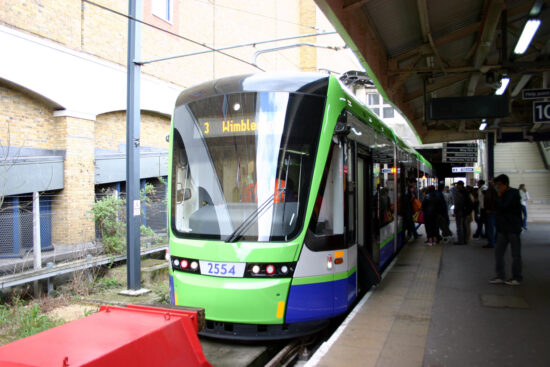 On 4th April 2012 and less than a week after it had carried its first passengers 2554 was out again running a special service from Wimbledon to East Croydon. We first see the tram awaiting departure at Wimbledon. 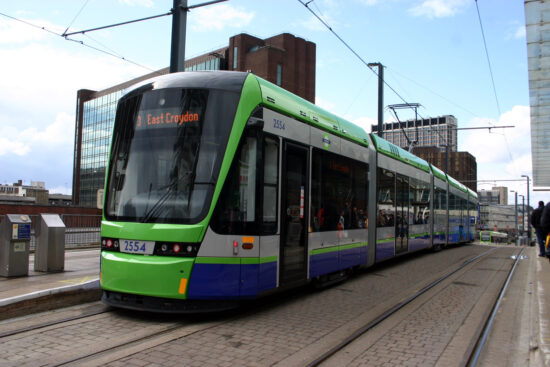 And then later the same day and 2554 is seen at the centre platform at East Croydon. Note that at this time the tram was in standard fleet livery instead of the Love Croydon promotional livery. (Both Photographs by Gareth Prior)