You probably won’t be surprised to find out that a number of our anniversary events feature actually concerns significant anniversaries on tramways from across the UK. We have already been on the Isle of Man for the Douglas Bay Horse Tramway 140th and in this edition we head down to Devon to look back at the 40th anniversary of the Seaton Tramway.

The Seaton Tramway started operating back in 1970 so the 40th anniversary was reached in 2010 with a special event being held over the weekend of 5th and 6th June. The first day of the Gala Weekend saw passengers from railtour appear in vast numbers at Seaton in the late morning with eight trams pressed into service during the day including 2, 6, 8, 9, 10, 11, 16 and 17. 4 was out on a photographers special with 14 on TDE duties and 19 being used to take passengers to the depot for behind the scenes tours. Both 14 and 19 later saw passenger use to help take people back for their return railtour. That was all the prelude though as the early evening was to see the launch of 12 in its new 40th anniversary livery – and if that wasn’t enough it would see Brotherhood of Man perform two songs on the top of the tram before heading to Colyton for a full concert. Possibly one of the more surreal sights to be included in this 15 year retrospective!

The Gala Weekend continued the following day with the entire operational fleet in use. 4 was again on a photographers special but was also used as a service extra during the morning with 14 on TDE duties again although this time it was the turn of 16 to be used for the depot shuttles. Of the other trams – 2, 6, 8, 10, 11, 12, 17 and 19 – they were all used in service, either on the timetable or as service extras.

All in all this was a great weekend to celebrate the 40th anniversary of the tramway. Which makes us think its now only just over two years until Seaton Tramway’s 50th anniversary! 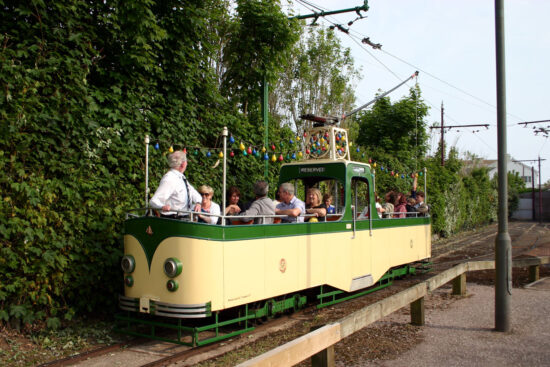 The weekend saw the fairly rare use of 4 over both days. On 5th June 2010 we see the tram leaving a pre Tesco, pre Seaton Jurassic Seaton terminus with a special service to Colyton for ticketholders of the Brotherhood of Man concert. 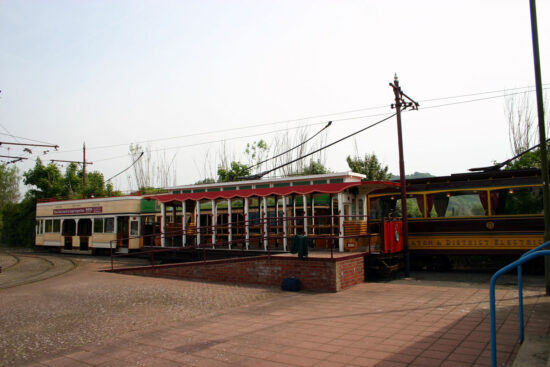 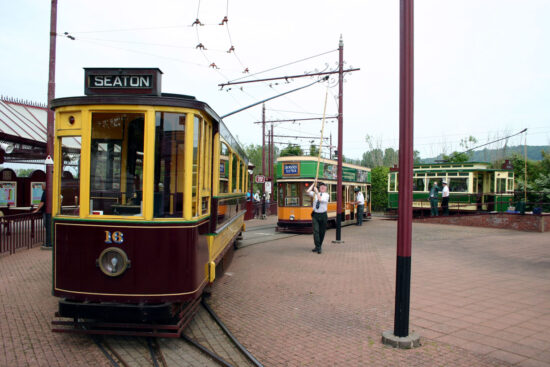 Another view at Seaton with the trolley on 16 being turned as 10 waits behind as a service extra. 19 is in the siding in use on the depot shuttles. 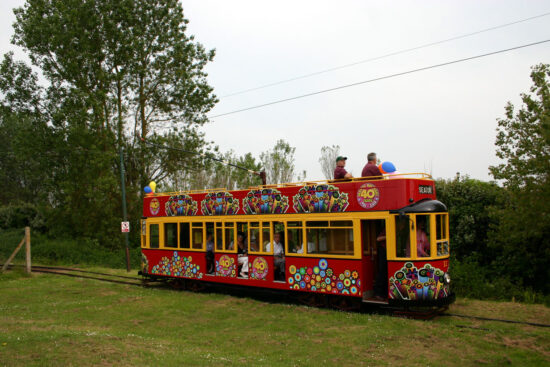 12 in its 40th anniversary livery makes it way for the official launch on 5th June 2010. 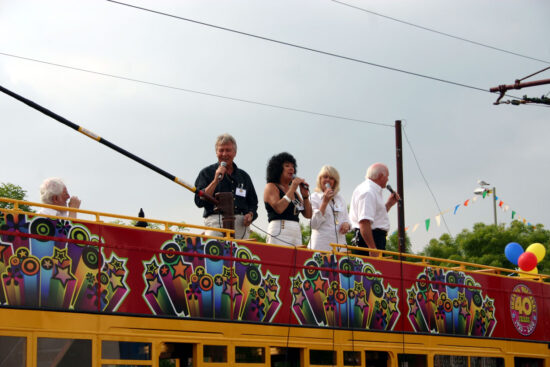 Brotherhood of Man perform on the top deck of 12. (All Photographs by Gareth Prior)