After its first dusting of snow the West Midlands has continued to be at the forefront of the heavier snowfall for the country (as far as trams are concerned anyway) with two more periods of the white stuff falling on Midland Metro. The heaviest snowfall came on Sunday 10th December which saw 5 inches on the ground in places causing problems for local bus services although nothing major for Midland Metro services. Andy Walters braved the cold for us again. 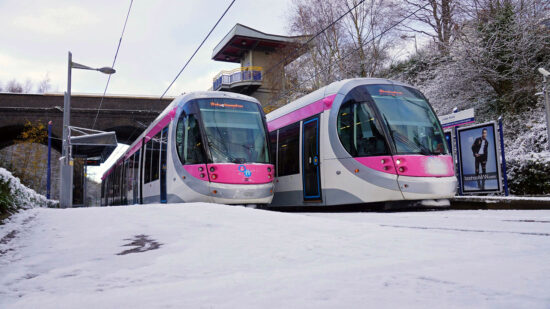 On 9th December two trams meet in the snow at Lodge Road. The problem with the snow for the Urbos 3s is that it tends to cover the small end numbers so we have an unidentified tram on the right with 28 alongside. 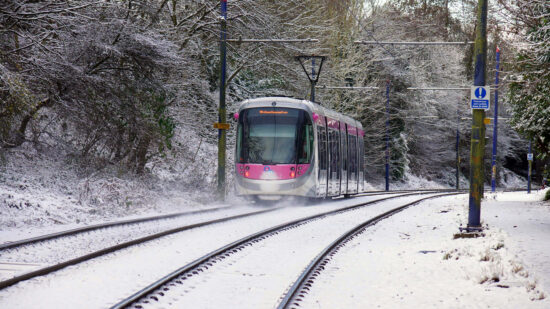 An unidentified tram kicks up the snow as it speeds away from the camera with a Wolverhampton St George’s service. 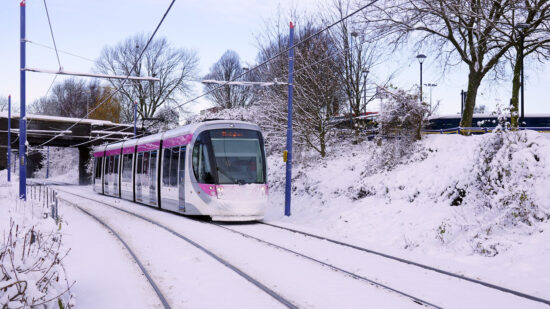 More snow on 11th December and a tram, another one with a hidden identity!, is seen heading through the snow covered landscape. 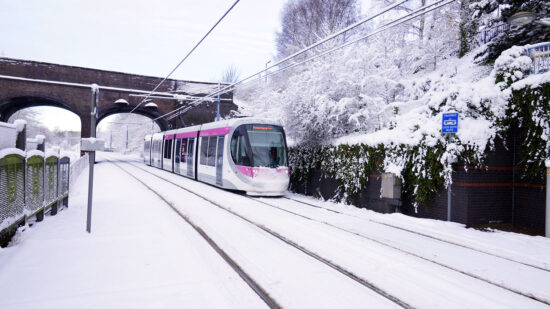 The amount of snow which has fallen is evident here as another mystery tram approaches. 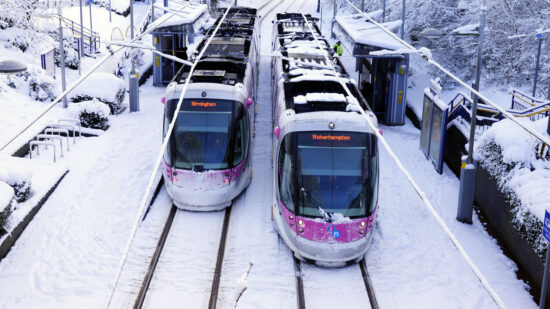 Two trams pass at The Crescent. (All Photographs by Andy Walters)