Posted on Thursday 7 December 2017 by Gareth Prior

Its another Blackpool tram which has spent some time away from its home tramway in recent years which features in our loan tram series today. The tram is Blackpool Balloon 711 – the only Balloon Car to have been fitted with the widened entrances to have ever left the north west coast.

As part of the Electric 50 celebrations at Crich in 2014 the plan was that there would be 25 operating passenger electric trams and to help the museum achieve this Balloon 711 was sent on loan from Blackpool, becoming the first tram to be loaned from Blackpool to Crich since the mid-1980s. Arriving at Crich on 9th April having left Blackpool the previous day 711 first carried passengers on 24th May. It remained available for service for most of the 2014 season including both the Electric 50 events and its very own 80th birthday celebration in the October before it headed back home on 29th October 2014. Of note it was the second Balloon to run at Crich and the third to be on site with these being concurrently numbered 710, 711 and 712 (the latter of which is on static display having never run in service). 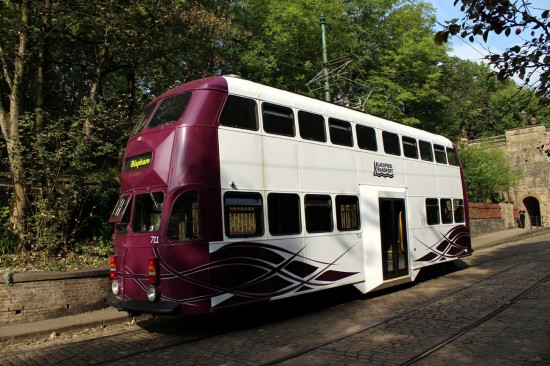 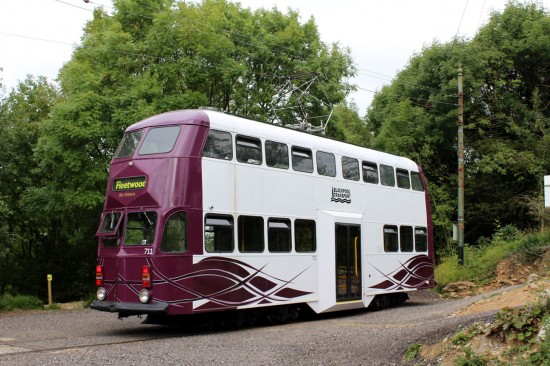 Another look at 711, this time the following day 14th September, as it pauses at Glory Mine. (Both Photographs by Gareth Prior)