Posted on Tuesday 5 December 2017 by Gareth Prior

Probably one of the most unexpected but successful loans to have happened in the last 15 years, in November 2010 Blackpool Open Top Balloon 706, more commonly known as Princess Alice, visited the Heaton Park Tramway for their Blackpool Event.

The shortest of short term loans 706 only visited Manchester between 19th and 22nd November and was kept in a temporary secure compound outside the depot (at that time only one depot was present at Heaton Park) throughout this period. It was used on a special photo charter on 20th November before its main use was the actual Blackpool Day event on 21st November with Blackpool Marton 31 also on loan. It then left Manchester for Blackpool again on Monday 22nd November at the end of an incredible weekend. 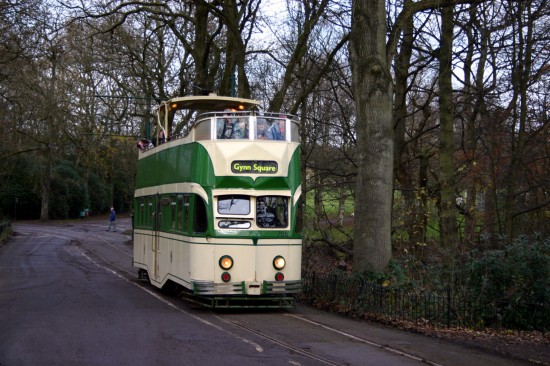 706 in action at Heaton Park on 21st November, apparently destined for Gynn Square. 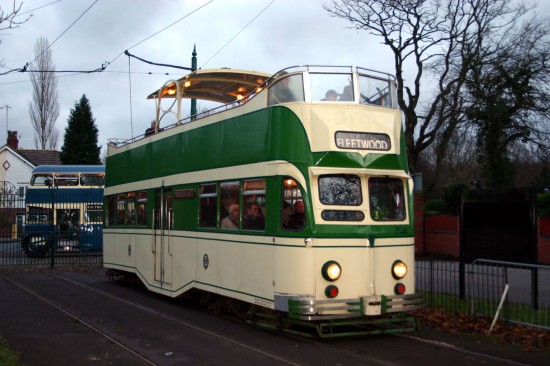 As darkness falls 706 waits at the Middleton Road gates. 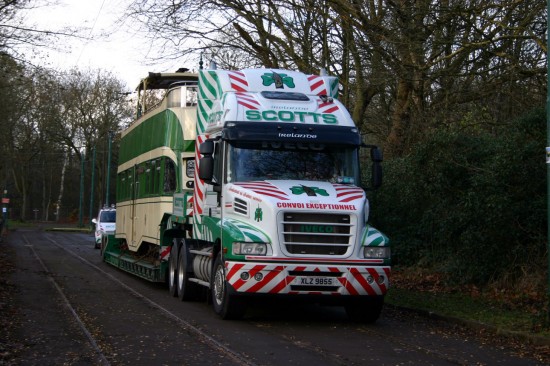 On 22nd November and the loan was over. On the back of a Scotts low loader 706 leaves Manchester. (All Photographs by Gareth Prior)