Posted on Friday 10 November 2017 by Gareth Prior

As we mentioned last week there was a temporary closure on Midland Metro on 5th November to allow for a short section of track at Dartmouth Street to be relaid. The trackbed had been sinking here for a while because of poor drainage so the decision was made to replace the track on a quiet Sunday whilst the line to Wolverhampton was also closed. Photos from Andy Walters.

A split service was operated on the line for most of the day with 33, 35 and 36 spending the previous night at Jewellery Quarter to provide the service between Grand Central and West Bromwich Central. Trams also ran between Priestfield and Black Lake with no service in between. The work was slightly delayed and the hoped for return to a full service at 2000 did not transpire with trams running uninterrupted from 2230. 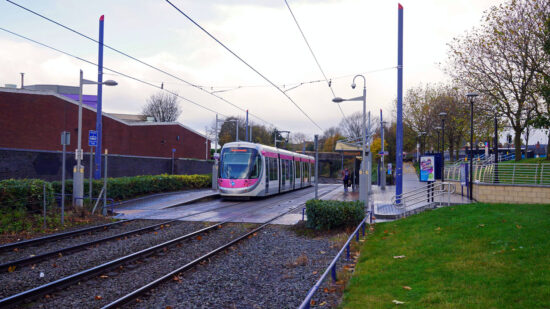 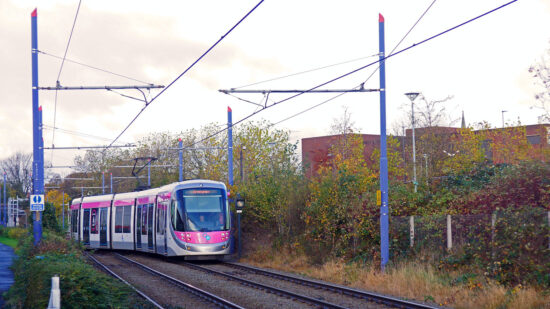 36 uses the crossover at West Bromwich Central to return to Grand Central. 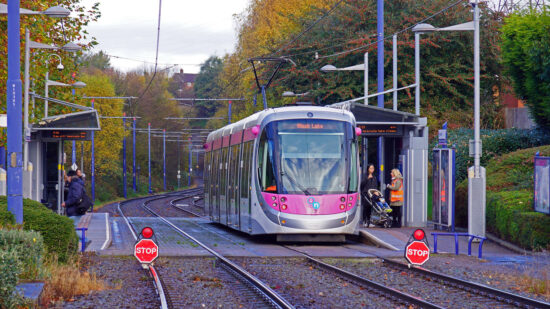 Another unusual destination on the screen of 27 as it terminates at Black Lake. Note the stop boards. 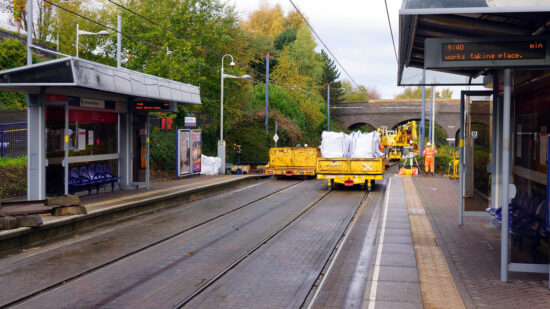 Dartmouth Street and work is underway on replacing the short section of track with a lot of equipment seemingly required. 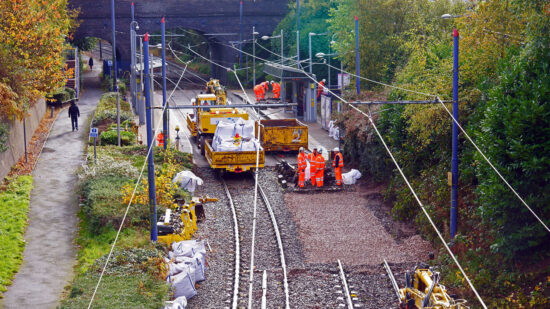 The track had been removed, trackbed renewed with new track ready to be laid. 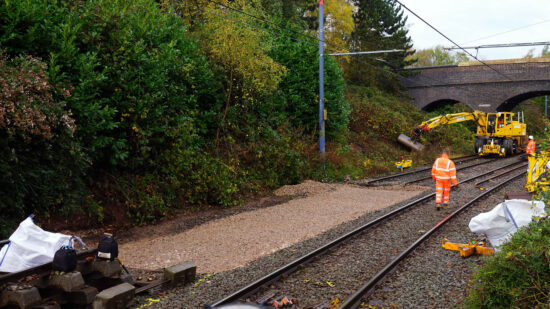 A close-up view of the renewed trackbed. (All Photographs by Andy Walters, 5th November 2017)