As we reported at the weekend the Volks Electric Railway resumed services on Saturday 14th October after over a year of inaction as a result of the “Saving Volk’s” refurbishment project. Although works are not sufficiently advanced to allow trains to run along the complete line they are now able to run between Aquarium and Halfway with volunteers from the Volks Electric Railway Association assisting with crewing.

Services will be running on this section of line until Sunday 29th October (to cover the half term holidays) and then during the Veteran car run over the weekend of 4th and 5th November. It is also planned that Santa Specials will run during December as well. With work continuing on the car sheds it is likely that 2017 will only see services run between Aquarium and Halfway with cars 7 and 8 in use whilst the others continue restoration or testing. 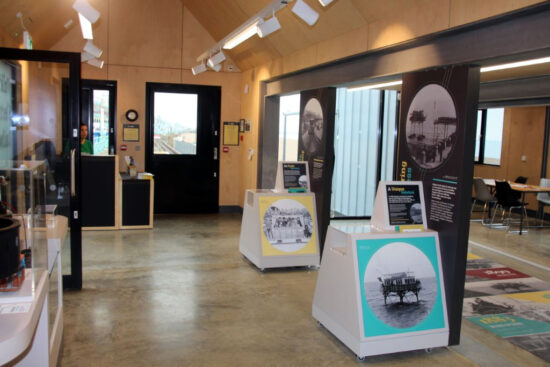 The new visitor centre with a history of the line. This view is looking towards the platform with the ticket desk in the background. 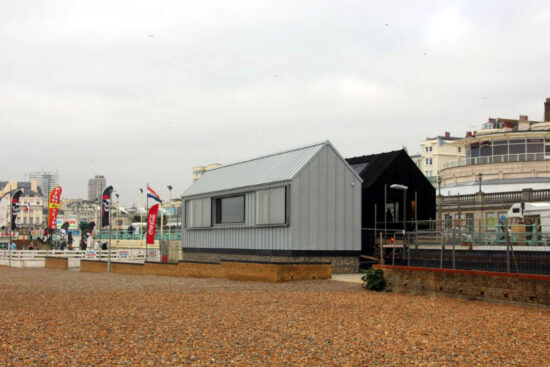 The new visitor centre / ticket office at Aquarium seen from the beach. Note the large windows from which visitors can see over the beach and out to sea. 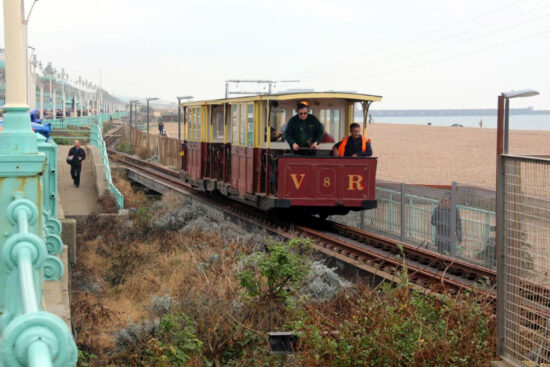 Cars 8 and 7 approach Aquarium with a service from Peter Pan’s Playground (Halfway). 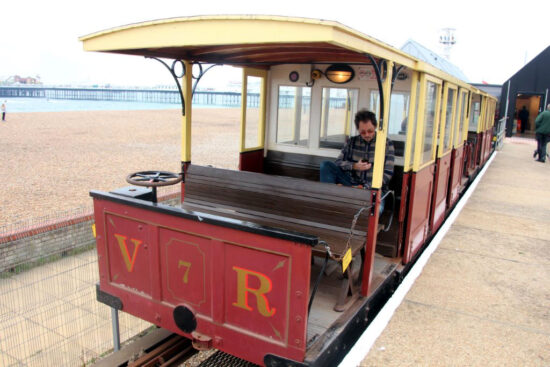 Cars Nos 7 and 8 wait at Aquarium before working a service to Peter Pan’s Playground. The Place Pier at Brighton is visible in the background. 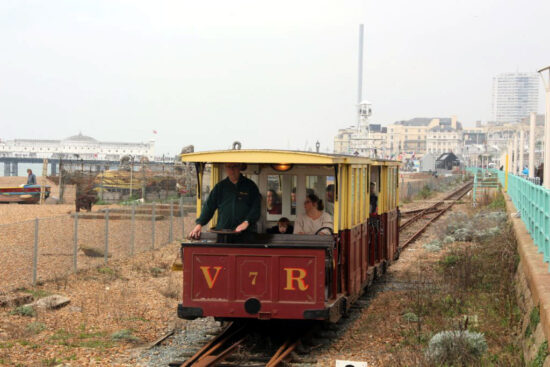 Cars Nos 7 and 8 run through the passing loop between Aquarium and Peter Pan’s Playground with an eastbound service. The new visitor centre / ticket office at Aquarium can be seen in the far background. (All Photographs by Tony Sullivan, 15th October 2017)