Posted on Tuesday 19 September 2017 by Gareth Prior

Sunday 17th September saw a charity tram tour on Stagecoach Supertram featuring the most extensive use of a Citylink tram yet with 399 202 (the same tram as used on Thursday’s inaugural runs) traversing the entirety of both the Blue and Yellow routes. The tour was all in aid of Sheffield’s Children’s Hospital Charity with anyone wishing to travel asked to donate whatever they felt appropriate with buckets available on board.

The tour was due to start from Meadowhall at 1013 with 399 202 then due to run to Middlewood, Halfway, Malin Bridge, Meadowhall, Middlewood, Meadowhall before terminating at Cathedral at 1500. A good number of people took advantage of having a guaranteed ride on board one of the new vehicles and hopefully this will have led to a large amount of money raised during the day.

All seven of the Citylink trams are due to enter service on the traditional Stagecoach Supertram network over the coming weeks, initially on an ad hoc additional service before a formal additional service is introduced in the new year. Eventually they will start to be used on the tram-train pilot to Rotherham although they will also still be used on normal services to aid increased capacity.

* Further photos of the Charity Tour will follow in a British Trams Online Gallery in the coming weeks. 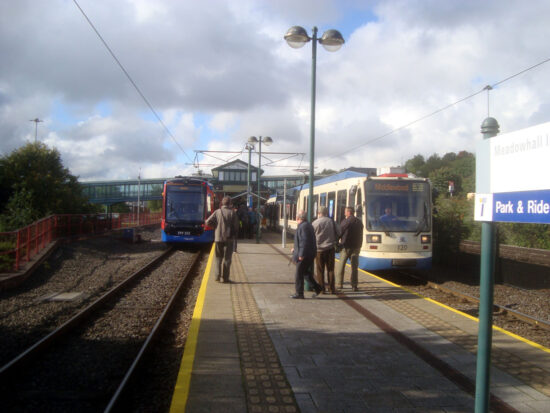 399 202 sits at Meadowhall Interchange as 120 is about to embark on a normal Yellow route service to Middlewood. (Photograph by Stuart Cooke) 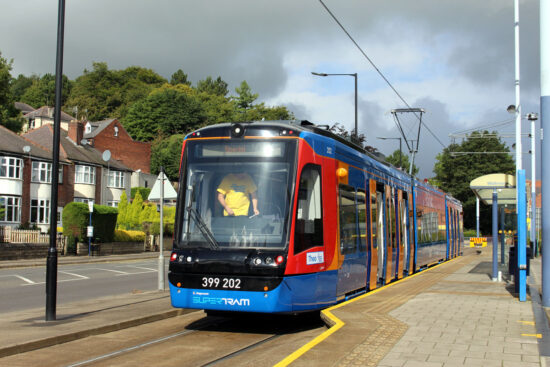 The tram-train is then seen at the other end of the Yellow route at Middlewood. (Photograph by John Huddlestone) 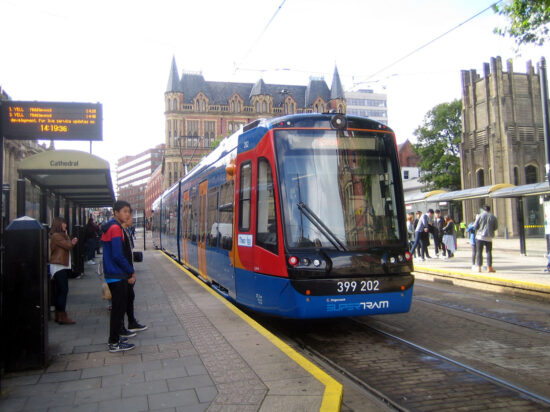 An afternoon view of 399 202 at Cathedral. (Photograph by Graham Smith) 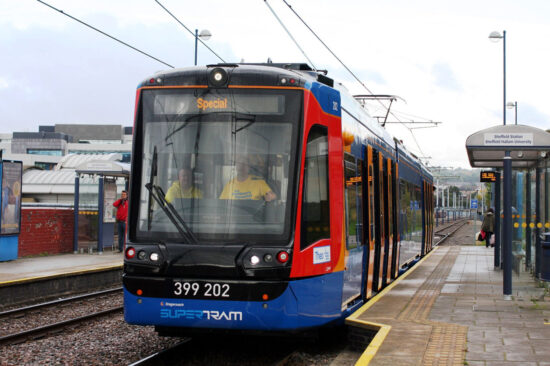 A final view of 399 202. This time we are at Sheffield Station as it heads to Halfway. (Photograph by Martin Hague)