Posted on Thursday 24 August 2017 by Gareth Prior

We are in Blackpool for today’s edition of Picture in Time as we feature Centenary Car 648 whilst it was carrying an all over advert for Orion Bingo in 2004.

Originally built as 651 the tram was conceived as a GEC test tram and was the second of the trams – following on from 641 – to arrive and enter service in Blackpool. After the testing was completed it received standard equipment and was renumbered 648 becoming part of the eight strong Centenary Car class of trams. By the time these photos were taken in 2004, 648 was on its fourth all over advert, with this design being for Orion Bingo using an orange base colour (a colour Orion Bingo were familiar with on their tram sponsorship). The tram was to retain this livery until it was withdrawn for service the following year for overhaul – an overhaul, which unlike its seven sisters, was to see it retain more of its original shape with a view to its future preservation (a preservation which would end up being in Blackpool after all!)

Photo number one shows 648 at Little Bispham working with a full crew through to Pleasure Beach on 15th September 2004. 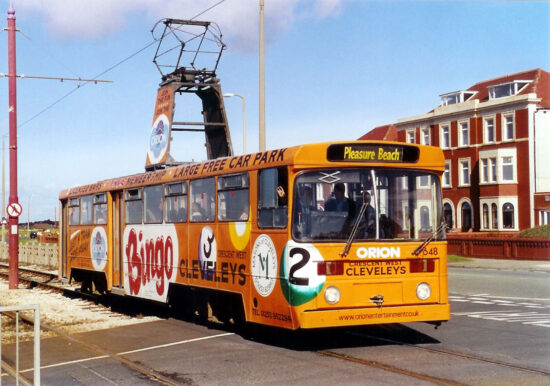 And then on 18th September 2004 we see 648 again as it approaches Gynn Square. The tram was working specials on this day. 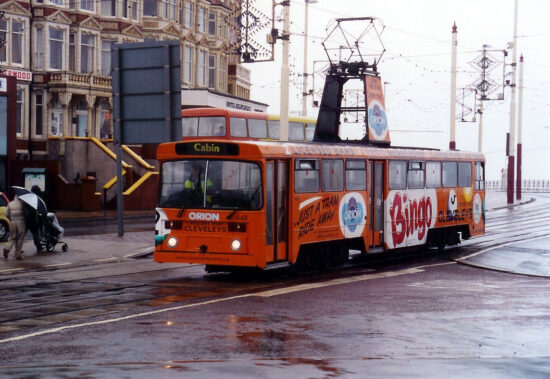