Posted on Saturday 12 August 2017 by Gareth Prior

Today Picture in Time takes a trip to Croydon for an image taken in 2000 showing one of the original CR4000 trams.

This is CR4000 2539 which as with all of this class of tram was built by Bombardier in Vienna with this one being delivered to Therapia Lane on Monday 1st February 1999. Following its delivery to Croydon it was used commissioned before initially being used for testing and driver training ahead of the first of the systems lines opening in May 2000.

In this view we see the tram climbing into Sandilands stop. What is apparent in this image is the lack of vegetation alongside the track giving a clear view of the junction behind. 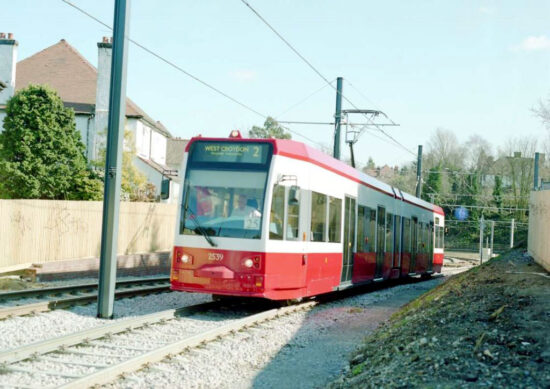