‘Tram Sunday’ brings the crowds out for heritage trams

Following on from the record-breaking heritage tram service between Blackpool and Fleetwood on 15th July, Sunday 16th July saw the annual Fleetwood Festival of Transport, more commonly known as Tram Sunday, take place. This included another intensive heritage service, but this time with trams (including the normal LRT service) all terminating at Fisherman’s Walk whilst the festival was in full swing along Lord Street in Fleetwood.

The day’s tram activities started unusually early with a trio of trams heading for Fleetwood to be lined up on Pharos Street for static display during the event. These comprised Box car 40, Modified Balloon 711 and Illuminated Trawler 737. Of these, the Trawler probably attracted most interest as this was its first outing of the year, due to ongoing issues with its high-tech external lights, although these will hopefully be dealt with soon to allow its use during the autumn. heritage tram souvenirs were available to buy from on board 711 – a rather odd choice especially as the event programme referred to it as a restored heritage tram! – whilst Box 40 was a static exhibit at Tram Sunday for the third consecutive year, making its appearance in this role a little disappointing.

An impressive seven trams were rostered to provide a twenty-minute heritage service from Pleasure Beach to Fisherman’s Walk during the day, mainly comprising double-deckers: a decision which was justified by the incredible passenger loadings. A special trip for dignitaries took place in the morning with visiting Brush car 623 which transported various guests to the festival, and the tram then ran for the rest of the day paired with Railcoach 680 – well, two single deckers is roughly equal to a double deck car! The other trams chosen to run were Bolton 66, Millennium car 718 and Balloons 715, 717 and 723. Despite fine sunny weather Boat 600 was noticeably absent but the day was still a huge success with many people travelling to and from Fleetwood aboard a historic tram, earning much-needed revenue to support the heritage operation.

Whilst the festival itself is often criticised by transport enthusiasts, it cannot be denied that it remains an important date in the Fylde events calendar and anything that encourages that many people to support Heritage Tram Tours by taking a nostalgic tram ride must be a good thing! 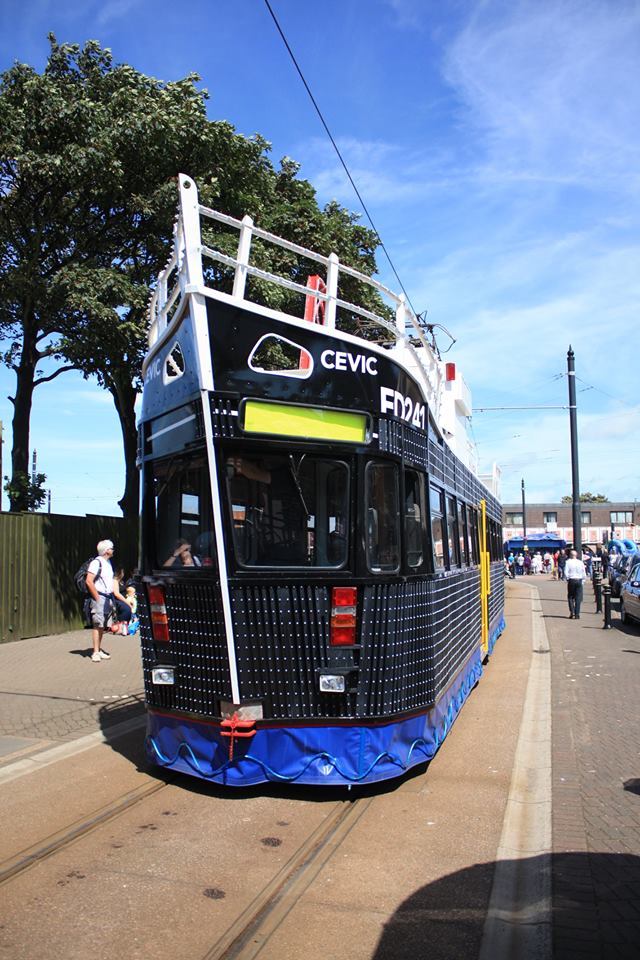 The little-seen (so far anyway!) Trawler 737 is seen in bright sunshine on Pharos Street where it was displayed as part of the tram contribution to the Tram Sunday 2017 event. (Photo by Chris Callan) 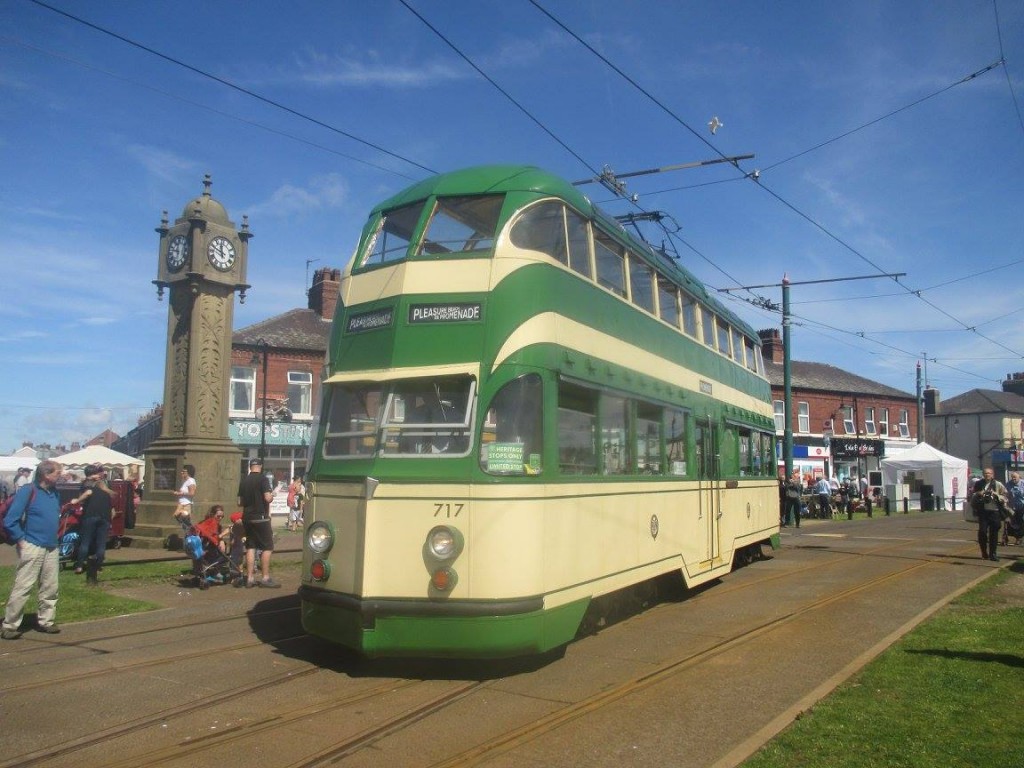 Balloon 717 reverses on the crossover at Fisherman's Walk, as is the tradition during Tram Sunday, before heading back south with another full complement of passengers. (Photo by Rob Bray)