Posted on Saturday 17 June 2017 by Gareth Prior

Services on Midland Metro were disrupted on Saturday 17th June after a pole arm supporting the overhead wire near to The Crescent came down, bringing the overhead wires with it. Following this incident all trams from Grand Central were terminated at Wednesbury Parkway with a shuttle tram service initially provided from there to Priestfield (where services are currently terminating due to trackworks towards Wolverhampton).

The problem was discovered towards the start of service with the temporary service being immediately introduced. A standard service was run between Grand Central and Wednesbury Parkway from where any passengers wishing to travel to stops to Priestfield were then able to transfer to a single tram which was running on the Wolverhampton bound track as a shuttle service. This service remained in operation until mid-morning after which services were suspended north from Wednesbury Parkway to allow repairs to take place. A full service resumed shortly before 1900. 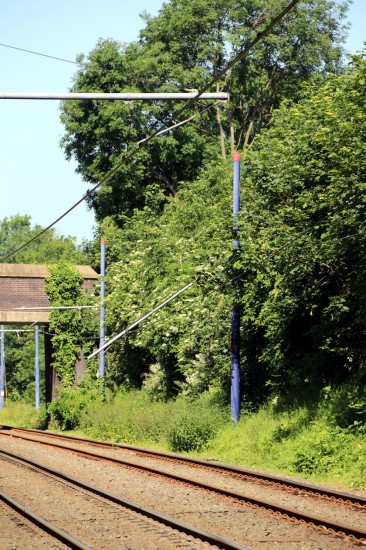 The broken support bracket is seen here close to The Crescent. 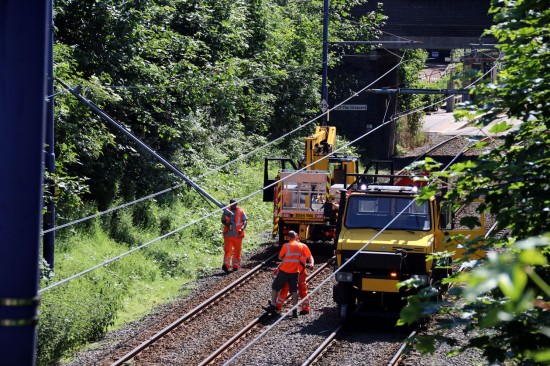 Repairs underway to try and get a full service back up and running. (Both Photographs by Kevin James)