In Pictures: Flooding in Sheffield

You may be forgiven for forgetting that we are now in June with heavy rain and strong winds battering much of the UK in recent days with services on Stagecoach Supertram affected on Monday 5th June. Heavy rain caused flooding on the city side of Spring Lane tramstop affecting the Purple and Blue routes for nearly an hour and a half.

During the disruption the Purple route was completely suspended whilst the Blue route ran between Halfway and Gleadless Town End and from Sheffield Station to Malin Bridge. Services were suspended for approximately 85 minutes until the floods subsided to allow the trams to resume full operation. 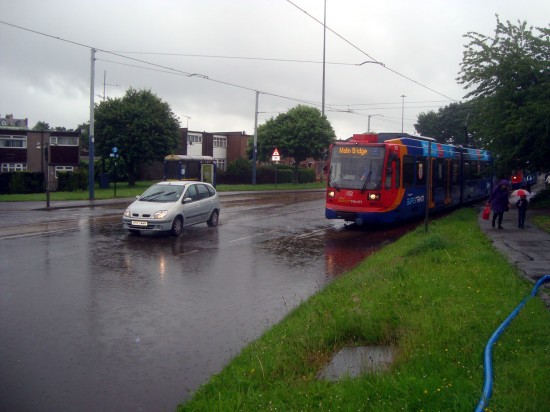 102 – with another tram just behind – just before the serious flooding. A hose can be seen in the foreground being used to pump some of the water away from the track and road. 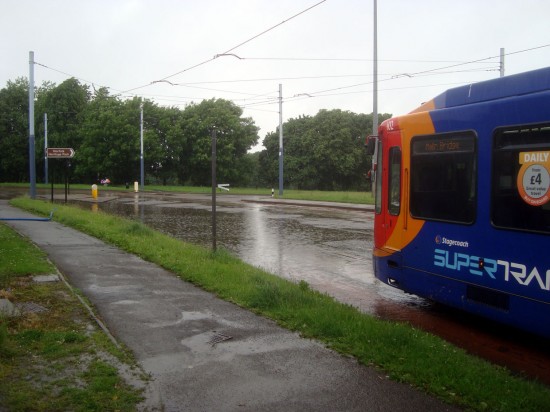 Looking the other way and we can see the main area of the flood which was preventing trams from going any further. 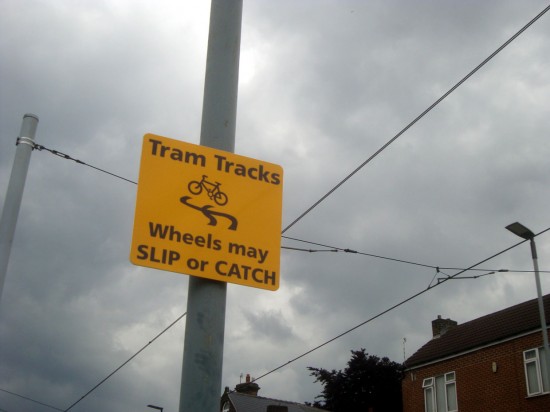 In other news from Supertram recent weeks have seen a number of new signs installed warning cyclists of the danger of cycling near to tram tracks. (All Photographs by Stuart Cooke)