Today Picture in Time is showing us an image from Crich with a look at one of the trams which has now been withdrawn from service for many years – Glasgow 1115.

Built by Hurst Nelson in 1929 1115 was one of the Kilmarnock Bogie Cars and remained in service in Glasgow until secured for preservation at Crich in the early 1960s making the journey south in 1962 where it joined the ever increasing collection in the Derbyshire countryside. Not immediately prepared for service 1115 did enjoy a sort period of operation between 1971 and 1976 but it was withdrawn at the end of that season and has remained a static exhibit ever since including a period in the at night exhibition. Today it represents the 1920s in the Great Exhibition Hall and is unlikely to be restored to operational condition in the foreseeable future. 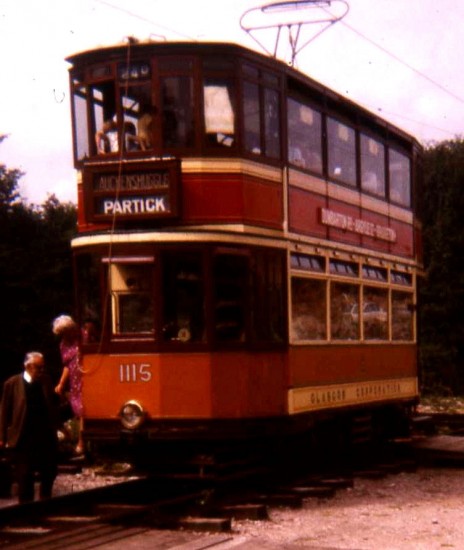