Picture in Time: Stagecoach Supertram in the snow

We head back to winter in today’s edition of Picture in Time with a couple more images taken following heavy snow back at the start of December 2010.

We have previously featured images in this series from this same day and this time we include two more shots taken at both Hillsborough Corner and Castle Square in the city centre. Heavy snow had fallen overnight and was continuing to fall as these images were captured but despite that trams were – in the main – continuing to operate with the main obstacle being over road vehicles getting in the way of the trams!

In this first image we are at Hillsborough Corner where we see 121 making its way along the tracks with a Blue route service to Halfway. The snow is continuing to fall in this shot and there are just a few hardy pedestrians who are continuing to go about their daily business – don’t they know its easier to travel by tram! 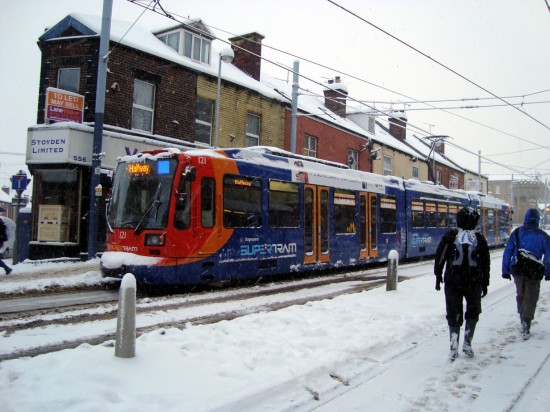 Then later on the same day we are at Castle Square where we see 102 arriving at the stop also working on the Blue route to Halfway. The snow now seems to have stopped falling but that which has fallen has piled up alongside the track and it also seems that it has formed a barrier for passengers to have level boarding onto the tram as it is found at the very edge of the platform. 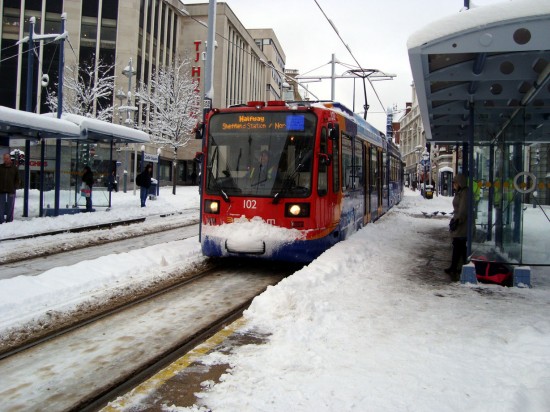 Both Photographs by Stuart Cooke