In Pictures: L&CBER 7 on the road once again

Following on from its appearance at the Llandudno Transport Festival over the May Bank Holiday weekend, Llandudno & Colwyn Bay Electric Railway 7 can once again be seen in public over this weekend. This time it is heading to the Colwyn Bay 1940s Festival which takes place on Saturday 20th and Sunday 21st May.

Hauled to Colwyn Bay by the Matador lorry no. 7, complete with wartime bunting, will be parked on Penrhyn Road throughout the weekend with the tram open to visitors to take a look around.

This is the second event within a few weeks for no. 7 with it having played a major role during the Llandudno Transport Festival. It took part in the Victorian Extravaganza Parade on both Saturday 29th April and Monday 1st May and the tram ended up on the prom where many people took the chance to take a look around. 7 was on the main festival site at Bodafon Fields on Sunday 30th April in a similar position to 2016 (although in the dry!), which is on the former tramway formation. 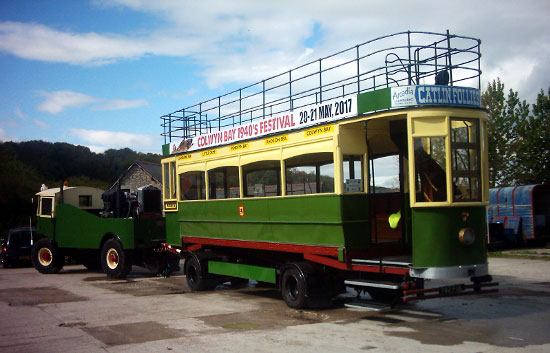 A view taken on 29th April shows 7 ready to leave the yard for the Parade. 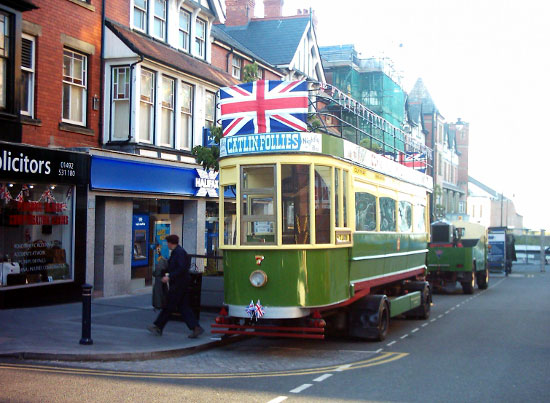 7 on Penrhyn Road, Colwyn Bay on the night of 19th May, decorated and ready for the 1940s Festival. (Both Photographs by John Bird)