It’s been a while since we have reported on the ongoing restoration of Glasgow 488 at the Ffestiniog Railway but that is partly because since we last took a look at the tram not a lot has actually being happening! The tram remains in two halves (three parts if you include the truck) with work not seeming to have progressed over the past 12 months.

The stunningly restored lower deck – which includes the staircases to lead to the upper deck – is stored at the back of the new slate wagon storage shed whilst the upper deck, which has not yet entered the workshops for restoration, is stored under a tarpaulin in the yard at Boston Lodge. The final part of the tram – the trucks – can be found stored on a flat bed wagon in the Maenofferen Shed at Minffordd Yard.

488 has now been back in the UK for over four years and once the restoration work is completed – which if the lower deck is anything to go by will be to the usual high standard expected of the Ffestiniog Railway – the tram will move to the East Anglia Transport Museum where it is sure to be a very popular working exhibit. 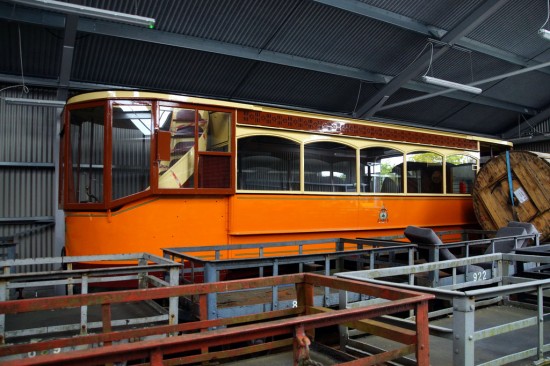 The lower deck of 488 – already fully restored – is seen stored in the shed. 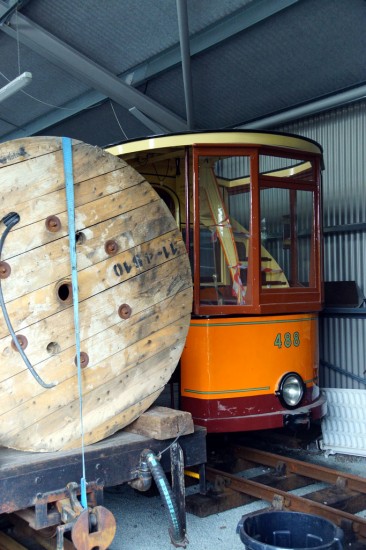 Another view of the lower deck in its current surroundings of the new slate wagon storage shed. 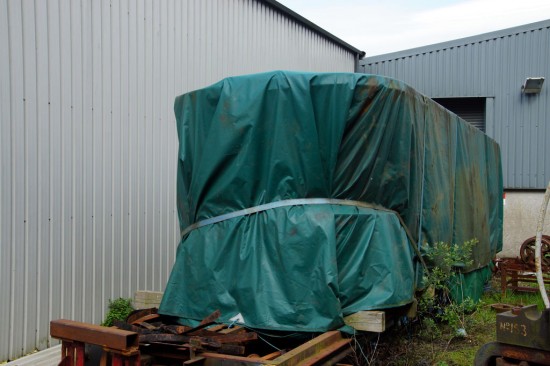 The upper deck waits under tarpaulins for its turn to enter the workshops. 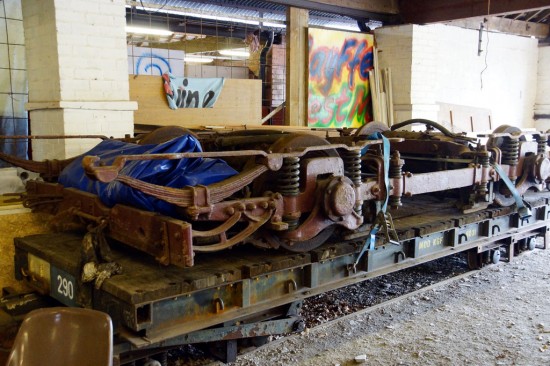 And the truck is also on site awaiting the restored tram. (All Photographs by David Mee)