Posted on Thursday 4 May 2017 by Gareth Prior

Today Picture in Time’s Blackpool edition features a tram now happily preserved at the Crich Tramway Village in a standard fleet livery but in these images it was carrying a bright all over advert for Karting 2000.

The tram was built as Brush Railcoach 293 in 1937 being renumbered as 630 as part of the mass renumbering of 1968. It was one of three Brush Cars to be treated to major overhauls in the 1990s (626 and 631 the others) and returned to service in 1995 in its new condition which included low voltage equipment and helped to ensure that the tram would remain in service until the end of traditional tram operation in 2011. It became part of the national collection and can be seen today as part of the operational fleet at Crich.

Both of the following photos come from 2005 when the tram was carrying an all over advert for Karting 2000 (whose location at this time has been wiped away by Starr Gate Depot). This was a long standing advert having been applied back in 1998 and indeed the tram retained an advert for the same sponsor up until 2011. This first photo shows 630 at Gynn Square on 6th September 2005. 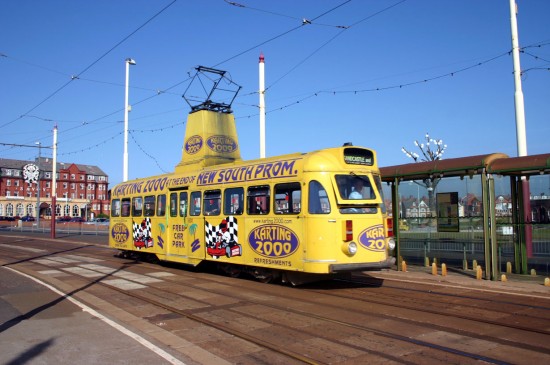 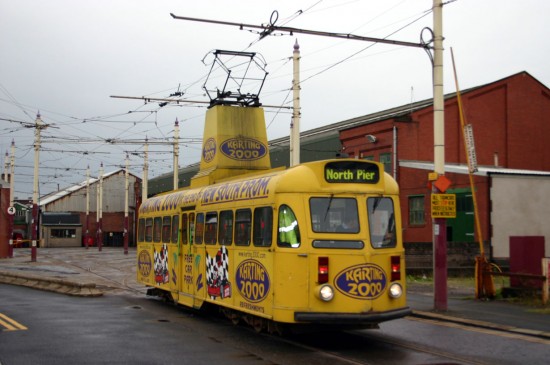