Posted on Tuesday 13 December 2016 by Gareth Prior

We have previously seen the subject of today’s “Picture in Time”, Prague 180, in operation at Crich but not when it had only been in the UK a few days having escaped from its home country before the Soviet tanks arrived.

This view was taken on 1st September 1968 during the first Transport Extravaganza when Crich had several thousand visitors on site including the team from Czechoslovakia who had accompanied 180 on its journey across Europe. It really can’t be understated how much of an achievement it was getting 180 across the Czech border before the Soviet occupation began but at the same time the Czechs who came with the tram also had the worry of what was going on in their homeland. 180 was driven straight off the trailer and was driven along the line as a test – just goes to show how things have changed today!

We catch up with 180 at Town End terminus with crowds of people waiting to board the tram as the conductor waits to turn the trolley. 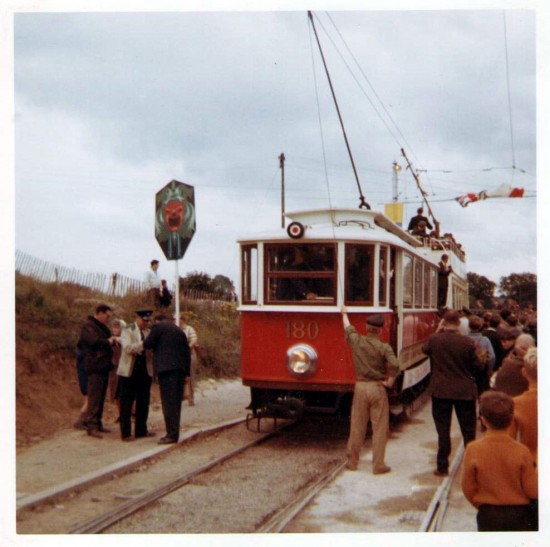 1 Response to Picture in Time: Prague 180