In Pictures: Edinburgh Trams at twilight

Posted on Sunday 11 December 2016 by Gareth Prior

In this short pictorial we head to the Scottish capital city, Edinburgh, to take a look at a couple of trams in action at twilight in the city centre. The line – now two and half years old – seems to have firmly become part of the furniture in Edinburgh with general passenger numbers continuing to increase and as we’ve reported this year more frequent services now running at peak times. Photos from John Hampton. 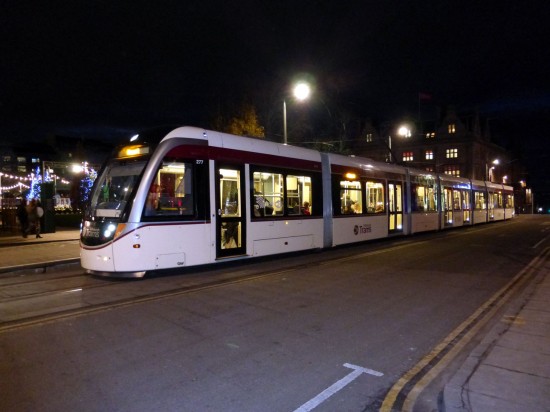 A twilight shot of tram 277 at St Andrew Square heading for Airport, with some of the Christmas Lights in the background. 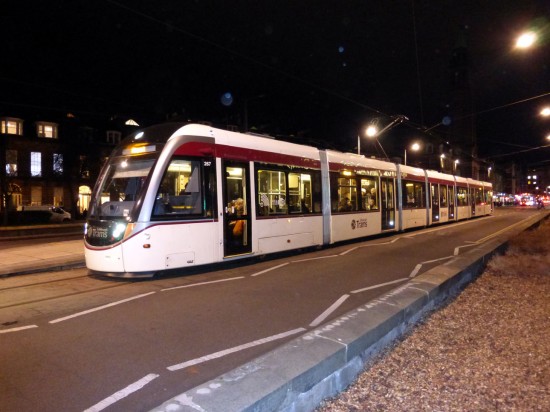 Tram 267 at West End tram stop on a journey to Airport. (Both Photographs by John Hampton)